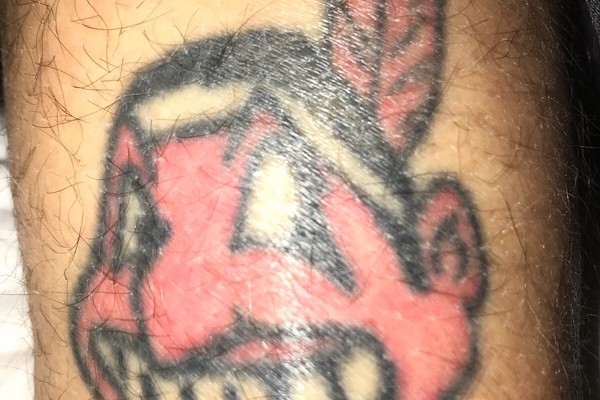 The Indians lost to the Yankees last night, and now a Pennsylvania man is trying to raise $1,000 to remove a Chief Wahoo tattoo from his calf.

In a GoFundMe message published yesterday, David Allen said he got the tattoo when he was 18 years old, during the height of the Cleveland Indians hysteria in the 1990s. He now regrets the decision, he said, calling the tattoo "racist and obscene" and a "travesty."

"As a dumb 18-year-old, I had no idea the logo represented a white man’s twisted view of a Native American," Allen wrote. "Little did I know this was would turn out to be worse than a tramp stamp. I have lived in shame both from the worry of offending someone and from embarrassing Indians play over the years. I’ve had enough. Help me right this wrong by donating a few bucks that will put towards removing this travesty from my body once and for all."

You can donate to Allen's campaign here.

And you can read all about the Curse of Chief Wahoo here.