Friday, on WCPN’s weekly Reporters’ Roundtable, Cleveland.com editor Chris Quinn announced that the Plain Dealer and Advance Ohio (PD/Cleveland.com parent company) would be renouncing their memberships in the Greater Cleveland Partnership, the local chamber of commerce.

That decision comes amid local controversy surrounding Cleveland’s bid for Amazon’s second headquarters, details of which have been kept secret. Though the city of Cleveland, Cuyahoga County and 20 other quasi-public and private organizations were involved in the creation of the bid, no one is sharing specifics. Mayor Frank Jackson told Channel 5 that he would release the bid eventually, but GCP is said to be mandating the tight lid on information.

“We at Advance Ohio and the Cleveland Plain Dealer have been a member of that group for a long time,” Quinn said on WCPN. “We’re getting out. We’re not going to be a part of it anymore. We are all about transparency, and don’t want to be part of something that’s not.”

Responding to a follow-up inquiry, Quinn told Scene that Advance and the PD had been weighing for some time whether or not they would renew their membership in February. In fact, they were “leaning toward” not renewing. 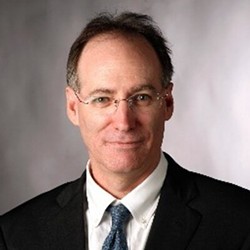 “We have been questioning the value our organization receives in return for the substantial membership dues we pay, for one,” Quinn wrote in an email. “But GCP's old-fashioned role in keeping the Amazon proposal secret made the decision more urgent.”

Quinn referenced editorial projects in recent years — “Justice for All” and “Forcing Change,” specifically — that demonstrated the paper’s advocacy for and commitment to transparency. Recenly, in the PD/Cleveland.com’s mayoral endorsement interview, Quinn called out Frank Jackson’s administration for its performance on public records.

“We’ve been around a long time,” said Quinn in that interview, “and there’s nobody who has had a worse record with public records… This has been a big problem. The media does not have the money to launch what would be an expensive lawsuit.”

“Public records should be readily available, and we want to streamline the process in which citizens receive information,” said Mayor Jackson, in a press release. “The new system is not the final answer, but an important first step in a comprehensive effort to fulfill requests in a timelier manner.”

The new software is still being tested, and officials were unable to provide concrete estimates of how quickly records requests might now be processed.

But despite this gesture toward open government, which a cynic might disparage as a bone thrown at the PD/Cleveland.com to secure their endorsement, the city has refused to release information relating to the Amazon bid. Multiple news organizations, including Scene, have asked for the bid itself and for justifications for the secrecy. When Scene asked which elements in the Amazon bid made it "proprietary," we were given a public records tracking number in lieu of an answer.

Quinn told Scene that this feels like a “big step backwards” for the region. He said that, in part because of the PD/Cleveland.com’s advocacy, he feels the region now has some of the best leaders in decades, “which is why their acquiescence to the Greater Cleveland Partnership in this case is so distressing.

“We simply cannot be a member of a group that actively resists our advocacy for strong and open government,” Quinn concluded. “Those are among our core principles, and we don't compromise on them.”

GCP confirmed that the Plain Dealer and Advance Ohio had signaled their intentions not to renew their memberships.

“We certainly think it is important that the major newspaper within our region is a member of the Chamber of Commerce, given our shared mission to advance the economic prosperity of our region,” said Sarah Johnson, GCP’s communications VP. “Advance Ohio and the Plain Dealer have always been good and very important members of GCP, and we will work hard to get them to rejoin.”