October 31, 2017 at 1:17 PM
comment
Last night, LeBron James hosted the Cavaliers annual Halloween party. As in past years, the players and their wives/girlfriends really didn't mess around. But it was the King himself who set the tone with the creepiest costume of all.

Here's what everyone dressed as:

LeBron James went as Pennywise from Stephen King's It, the nightmare-enduing film from director Andy Muschietti: 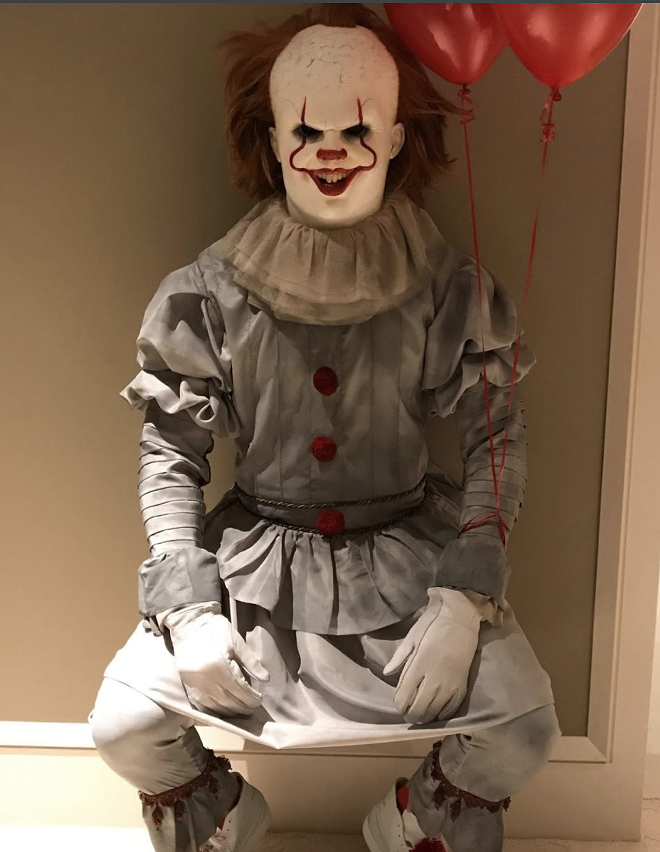 J.R. Smith and his wife Jewel went as Beldar and Prymatt Conehead from the Saturday Night Live sketch that turned into the 1993 film Coneheads:

Channing Frye dressed up as Blankman, from the 1994 film starring Damon Wayans:

Kyle Korver went as Willie Wonka from Charlie and the Chocolate Factory. No word on where the Oompa Loompa's were acquired from: 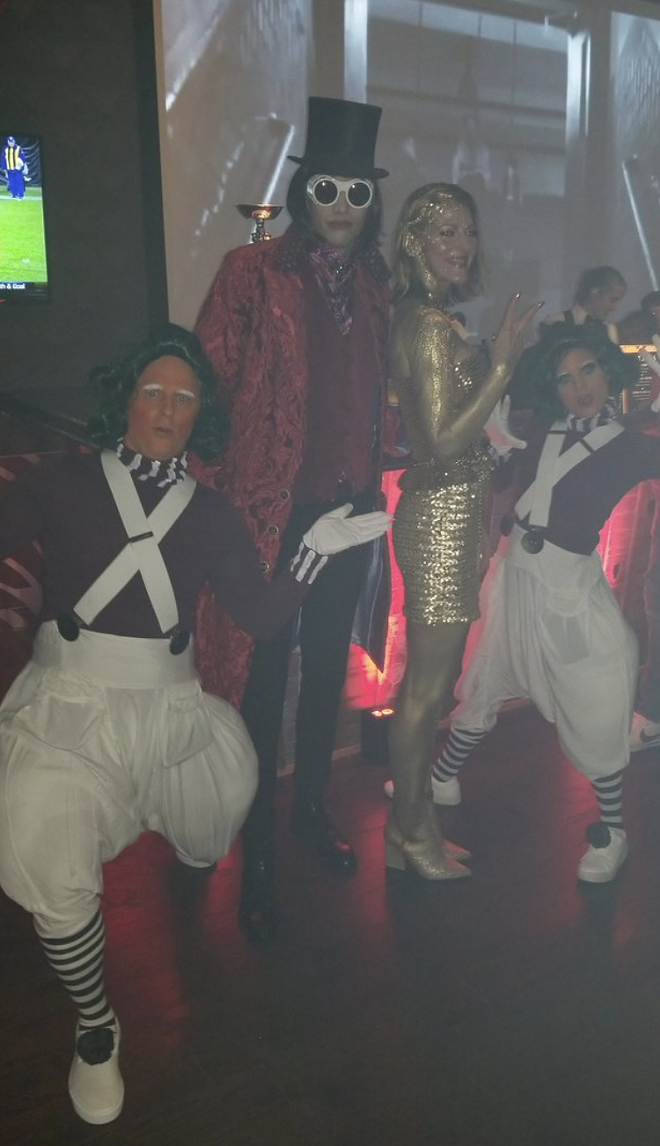 Tristan Thompson and girlfriend Khloe Kardashian won best couples costume for dressing up as Khaleesi and Khal Drogo from the HBO television series Game of Thrones:

DJ Steph Floss hilariously dressed up as LeBron James from draft night in 2003:

And here's a team photo. We're not sure where Iman Shumpert and Derrick Rose were. Jose Calderon went as two-face from Batman and rookie Ante Zizic (unless it's Cedi Osman) went as Freddy Krueger from A Nightmare on Elm Street. Anyone know what Jeff Green (pictured next to LeBron/Pennywise and behind Isaiah Thomas/Eazy-E) was dressed as?