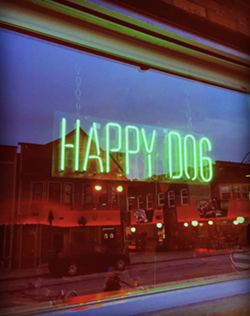 Literary Cleveland, the non-profit literary organization that brings Northeast Ohio writers together, will host a launch party for the inaugural issue of its literary magazine, the Gordon Square Review, at the west side Happy Dog (5801 Detroit Ave.) Thursday, Nov. 9 from 6:30-9 p.m.

Now, the organization is officially launching an online literary journal, which  began receiving submissions in August and will go live the first week of November. The magazine will focus on Northeast Ohio writers, with the intention to publish twice a year.

“We’re very excited about the inaugural issue of Gordon Square Review, which features innovative work from writers across the country and in Northeast Ohio, work by writers who benefited from editorial mentorships, and of course featured pieces by our contest winners,” said Chilcote in a press release.

Tickets for next week's party are $8, but are free for members of the organization. The event feature readings from contributors to the magazine, and contest winners. There will also be a raffle for Lit Cleveland swag.

Gordon Square Review received over 800 entries for its inaugural issue.