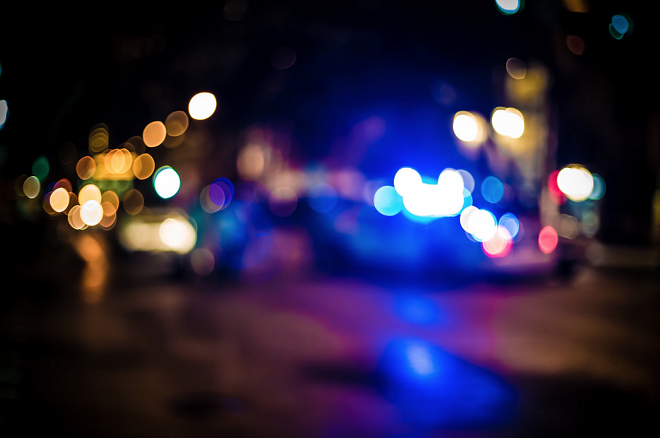 In January of last year, a Lakewood woman ran to her neighbor's house seeking help. She was bleeding from the face, and would later be diagnosed with a fractured nose, concussion and bruising at the hospital. The neighbor called 911 and police arrested a man on charges of felonious assault and domestic violence. Three days later, the landlord of the property got a letter from the Lakewood law department: ".... your tenant had a visitor over to the residence where he assaulted her. He was charged with felonious assault. This activity qualifies the property as a nuisance," it read.

In February of this year, the city of Bedford declared a property a nuisance and fined the owner $250. The issue? The tenant had sought help months earlier over concerns that her boyfriend was going to kill himself. Later, she called police again, believing him to be suicidal. After the nuisance declaration from Bedford, the landlord evicted the tenant.

In October of 2015, a Lakewood woman called 911 after someone overdosed and died in her home. Some months later, another person overdosed and she called again. EMS were able to save that victim, but in the aftermath Lakewood sent a letter to her landlord — they'd declared the property a nuisance. The landlord began eviction proceedings that very same day.

Those are but a few of the stunning examples cited in a new report from Cleveland State University on the detrimental effects of Criminal Activity Nuisance Ordinances in Northeast Ohio. The study found nuisance laws unduly punish victims of domestic violence, minorities, renters, and those struggling with mental illness and drug addiction simply for calling 911.

Nuisance laws came of vogue in the early 2000s, with cities enacting them to protect some vague sense of decency and community standards. They are, by definition and practice, pretty broad, which means that for every intention of, say, shutting down a drug house, they also became a magnet for barely veiled racism, as well as a tool cities can use to force out renters and those with subsidized housing vouchers.

Take Bedford, for example. When its CANO was first introduced in 2005, the mayor explained: "One of the things that we take pride in is middle class values. We believe in neighborhoods not hoods. That is one of the reasons we passed that nuisance law tonight. I have made mention of the students walking down the streets and those are predominantly African American kids who bring in that mentality from the inner city."

It's no surprise, then, that in Bedford and Lakewood to name just two, nuisance letters have been issued simply for kids gathering at playgrounds, using "slang" or being "disrespectful," or playing basketball.

Twenty-one cities in Cuyahoga County now have a nuisance law on the books, according to the CSU study. Most include a specific set of offenses that can be cited — there is discretion involved, it should be noted — resulting in warning letters, fines and eviction. In some cases, unpaid fines can also result in criminal proceedings.

Five of those cities include domestic violence in their nuisance laws, which is perhaps the most troubling aspect of these broad enforcement measures. Domestic violence is already an underreported crime, and the possibility of losing housing or being fined creates an additional reason for victims to not call 911, the report notes.

Using public records from four cities — Bedford, Lakewood, Euclid and Parma — from over the course of multiple years, the study's authors were able to paint a horrifying picture of laws harming those that need the most protection. That certainly goes for domestic violence victims — domestic violence accounted for between 21 and 56% of the nuisance letters in the study — but it also includes people who have called 911 for mental health reasons, including reporting suicidal family members, or drug addiction.

"Calling a suicide hotline can cost you your home," one of the study's authors, Joseph Mead, tells Scene. "And in all the efforts we make to have people seek help if they're having a mental health crisis, it runs counter to those public health goals."

Fifty percent of the nuisance letters reviewed in the study were issued for renters. Those letters, most times, however, are sent to the property owner or landlord, giving renters no avenue to contest the findings, even when the issue at hand was in no way criminal. The fines and warnings, then, give impetus to owners to evict tenants. Some cities, in fact, implicitly or explicitly recommend eviction as a remedy. Euclid, as pulled from city council minutes by the authors, is pretty forthright in this regard: "I advise the homeowner that after they receive my notice, if they take steps to abate the nuisance themselves, which may include evicting the tenant, taking care of the problem, we won't charge them."

Housing instability is the natural outcome, and a specific subset of renters — those with housing choice vouchers — are targeted and additionally punished as well. Some cities cross reference activities against a list of subsidized renters "and then ask Cuyahoga Metropolitan Housing Authority (CMHA) to revoke vouchers for those tenants."

There's even more, sadly. Nuisance laws in some communities are used to target group homes. In Bedford, the city fined a group home for children with disabilities $250 after a child was taken to the Bedford Medical Center after he hit his head and split his eye open. In its nuisance letter, the city warned of possible criminal prosecution or escalating fines if further medical assistance at the facility was required. Lakewood took a similar tactic, according to public records reviewed by CSU, threatening a group home for those with disabilities "after the staff sought police assistance after a resident attempted to harm himself and a resident went missing."

"I think some cities have a clear hostility to group homes," Mead says. "And they're using nuisance laws to target them and make life difficult."

For those cities that still include domestic violence in their nuisance laws, excising that problematic area would at least be a start. But asked, given the preponderance of evidence of undue negative effects, how these laws might be fixed or tweaked, two of the study's authors told Scene the only real solution might be to get rid of them altogether.

"We have led with domestic violence, which is where I started this project, and it's a sympathetic issue," Marissa Pappas tells Scene. "So we say, well, there are some ways to fix this because at its most simple, you just take domestic violence out of the law. But it's kind of counterproductive and doesn't work to continually revisit the law and take out one definition and then another to make sure the laws don't have unintended effects on people. I think we're of the mindset it would be better to just not have them."

Mead concurs: "I think we need to rethink them altogether, given how regularly they can be applied to minor, noncriminal stuff, not to mention all the other effects to victims and mental health that we've talked about."

Lawsuits filed by the ACLU and others in Illinois and Missouri are taking on nuisance laws, specifically arguing that they are disproportionately used to target minorities.

Mead and Pappas co-authored a New York Times op-ed piece this week on the issue. You can read that here.