The Scene Stories You Loved Most This Year 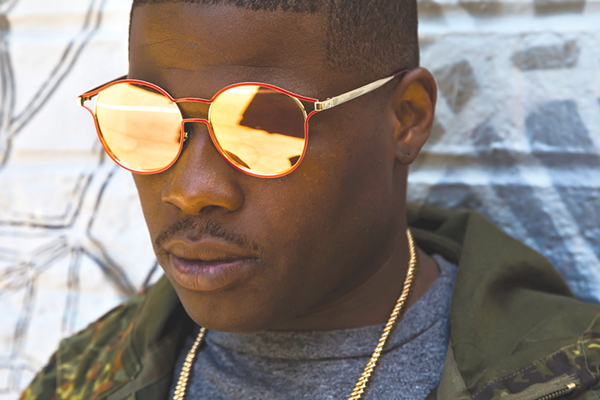 We went to Mars by way of Brook Park; we caught up with, and unspooled the untold story of, the man behind a classic Cleveland anthem; we had a corndog and a long conversation with a very open and honest Jason Kipnis; we dug into the digital redlining of Cleveland's poorest neighborhoods and the state laws and regulations that have allowed AT&T to exclude wide swaths of the city from improved internet services; we drank and talked our way through Cleveland's ever-growing brewery scene and learned what might separate the winners and losers in the crowded pack; we went birding(!) and wrote about what we can learn about climate change by paying attention to our feathered friends; and much, much more. 2017 was a helluva trip.

Of the many, many stories that come out of Scene's small but gritty newsroom, the weekly longform feature holds a special place in our hearts. It is with those we spend the most time. It is through those that we navigate complex subjects and provide much-needed depth and context to the people and issues at the very core of what's happening in Cleveland.

It turns out those stories resonate strongly with you as well.

By and large they aren't the most-read articles of the year by pure pageview metrics — that roster is filled with a motley and lovable assortment of lists, slideshows, breaking news, food news, Q renovation and city council coverage, environmental reporting on the Rover and Nexus pipelines, and the apparently irresistible chance to revel in the pure and magical shittiness of the Steelyard Walmart. (We'll have a roundup of our best shorter news coverage this week or next.)

But in terms of engagement, time spent with the story, and reader response, it was our deeply reported features that drew most of your attention. With 173 different ways to waste time and get distracted at any given moment, that's a reassuring fact. Our thanks go out to you.

As the media industry continues to, uh, struggle, especially on the local level across the country, and as altweeklies shrink or disappear completely, it's heartening to know that there's still an audience hungry for the brand of adversarial, investigative journalism and magazine-style writing in our pages, the kind tackling topics in ways no one else can, and, oftentimes, topics no one else would touch.

Here, then, are the Scene stories you loved most this year.

- What You Need to Know About Ohio's Medical Marijuana Law, In Effect For Seven Months and Changing Every Day

- At the All-Star Break, a Conversation With Jason Kipnis on the Team's Struggles, His Struggles, and How They Can Get Back to the World Series

- Al Fatz Done Came Down: The Untold Saga of a Cleveland Anthem

- A Highway Runs Through It: The demolition of the FirstEnergy plant presents Cleveland a unique opportunity to return neglected Gordon Park to its glory days, but a few obstacles stand in the way

- East Cleveland Residents Have Complained About the Health Hazards of the Noble Road Dump For Years. Is Anyone Listening?

- A Hit Goes Wrong in Rural Ohio, and a Murder Case Spirals Out of Control For 23 Years

- A Man Who Dresses in Medieval Garb and Walks Around Downtown is a Strange Ranger. But is He Dangerous?

- The U.S. Wants to Send Humans to Mars by the 2030s. Here in Cleveland, NASA Engineers are Figuring Out How to Get There