The Cavaliers have unveiled their fourth and final jersey in the Nike portfolio for the 2017-2018 season. The City Edition uniforms, with "The Land" lettering across the chest, are the first gray uniforms in Cavaliers franchise history.

According to ESPN's Dave McMenamin, LeBron helped design the unis and isn't worried about the social media backlash.

LeBron had significant input in CLE’s new “The Land” uni. He told me he’s confident that once fans get over the initial surprise and see the Cavs wear them in games, they will become a popular alternative look. “The internet always hates on something different at first,” he said.

Though the unis at first reminded us forcefully of baby blankets, the gray and yellow color scheme is growing on us. And while the lettering on the side seemed, at first glance, to be a bit too busy, we appreciate the nod to the Guardians of Traffic. We didn't even notice the subtle detailing in the white portion of the striping at first, but it's a nice touch. 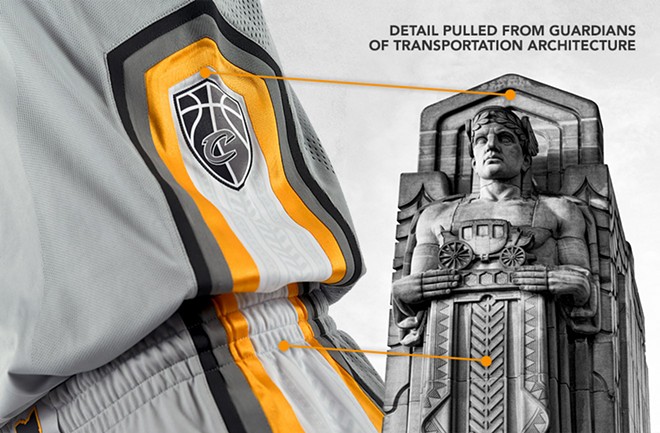 The City Edition uniforms will debut on Feb. 3 when the Cavs take on the Houston Rockets.