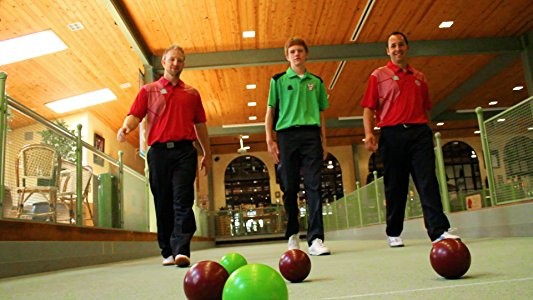 A documentary film about bocce ball that was a smash hit at the Cleveland International Film Festival is getting a limited local run. Breaking Balls, directed by CSU film instructor John Vorlis, will premiere at Atlas Cinemas Great Lakes Mall Friday Jan. 12 and will screen twice daily through January 18.

Breaking Balls has had success in its local screenings to date. It sold out three screens in one night at this year's CIFF, following in the illustrious footsteps of Believeland, which accomplished the same feat the preceding year. And then this fall, the film played to a sold-out house at the Chagrin Documentary Film Festival.

It's no surprise that the film is resonating with local audiences. The 75-minute doc follows three bocce personalities as they participate in the 30th Annual Cleveland Challenge Cup, one of the nation's premiere bocce tournaments, held every August at the Wickliffe Italian-American Club.

“I couldn’t be more thrilled to have Breaking Balls showing on the big screen one more time, especially here in Cleveland!” said director Vourlis, in a press release.

Vourlis himself and several of the film's stars will be in attendance at the Jan. 12th premiere. Tickets are available for purchase at atlascinemas.net. You can watch a trailer for Breaking Balls below.