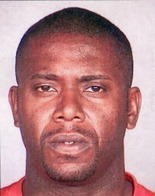 Cleveland police officer Alan Buford, a 21-year veteran of the force, was fired this morning by the city in connection with a March 19, 2015, incident in which Buford shot and killed 18-year-old Brandon Jones, a suspect in a robbery of an eastside grocery store.

Buford was indicted by a Cuyahoga County grand jury in September 2016 on one count of negligent homicide. After a three-day bench trial in July 2017, during which Buford's partner testified that lethal force wasn't necessary during the interaction, Buford was acquitted by Cleveland Municipal Court Judge Michael Sliwinski. (Sliwinski lost his bid for re-election in November in no small part because his opponent, Michael Nelson, who was accused of rape in the final weeks before polls closed, had campaigned on Sliwinski's decision in the case.)

Nevertheless, Cleveland dismissed the officer today after an internal investigation.

"After the adjudication of the criminal case, an administrative review of the incident was completed and the findings presented to the Director of Public Safety who conducted a pre-disciplinary hearing. After the pre-disciplinary hearing, Director of Public Safety Michael McGrath found that Patrol Officer Alan Buford did violate the Cleveland Division of Police Use of Force Policy by using force greater than what was necessary during the incident," a statement read.

Jones's family, which has filed a wrongful death lawsuit against Buford and the city, supported the city's decision to cut ties with Buford.

"I think it certainly validates what we've been saying all along — that Officer Buford didn't have to shoot Brandon. It's a step toward accountability," Paul Cristallo, the family's attorney, told Cleveland.com.

But the process is far from over. A grievance has already been filed on Buford's behalf by the Cleveland police union, whose lawyer "guaranteed" he'd get his job back. The Black Shield, the union that represents African-American officers, also said they'd fight to get Buford back on the force.

The full statement from the CPPA and its outgoing union president Steve Loomis, is below:

In yet another unwarranted attack on its police officers, the City of Cleveland has discharged Patrol Officer Alan Buford effective today. Officer Buford has 21 years of dedicated service to the citizens of Cleveland. The March 19, 2015 incident for which Officer Buford has been discharged was also the subject of a misdemeanor trial. Officer Buford was acquitted of all the charges against him —demonstrating that he acted within the appropriate legal standards governing officer conduct. Apparently, the City believes it is somehow fair and just to fire an officer who was acting within the limits required by law. The CPPA vehemently disagrees that there is anything fair or just about this discharge. The CPPA is convinced that this discharge is motivated entirely by other considerations such as pending civil litigation and to appease the Department of Justice. The suffering of Officer Buford and his family is nothing compared to checking off the boxes in the consent decree.

A grievance has been filed today contesting the City's action and the CPPA will be seeking arbitration as soon as possible.