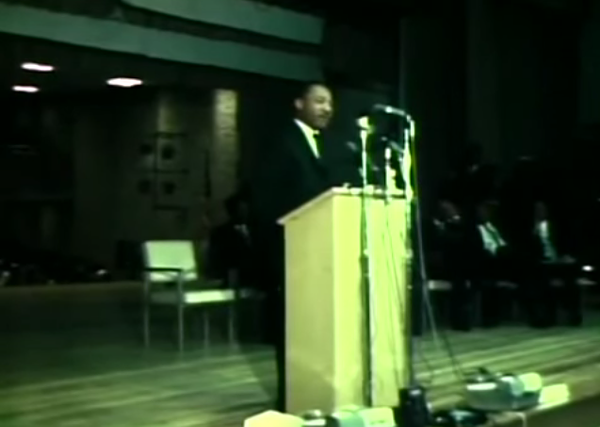 On April 26, 1967, Martin Luther King Jr. visited three east side high schools in Cleveland, including Glenville. Audio of that speech had been recorded but sat undiscovered in the high school's library until it was accidentally unearthed in 2011 by an art teacher and some students.

King had been invited to Cleveland by the United Pastors Association, a group of ministers that organized after the Hough riots.

Seems timely in more than one way today and this week.

"And so there are things that all of us can do and I urge you to do it with zeal and with vigor. And let me say to you, my friends, that in spite of the difficult days ahead, the so-called white backlash — which is nothing but a new name for an old phenomenon — I’m still convinced that we’re going to achieve freedom right here in America. And I believe this because however much America has strayed away from the Declaration of Independence and the Constitution, the goal of America is freedom. Abused and scorned as we may be, our destiny is tied up with the destiny of America."