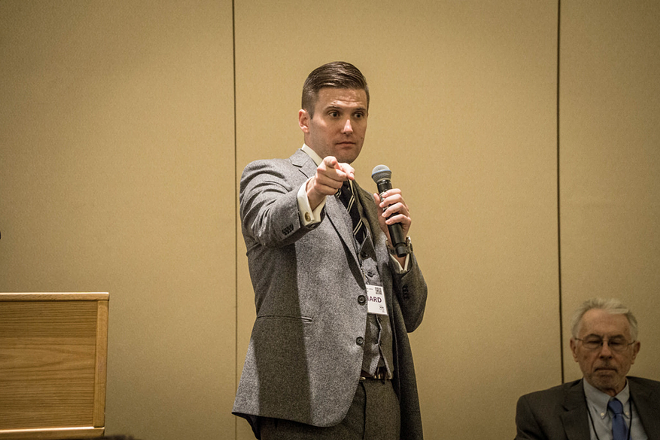 In unsurprising news, the lawyer for Richard Spencer's tour organizer has told Kent State he will file a federal lawsuit against the university if it doesn't provide an acceptable time and place for the white nationalist to speak on campus.

Spencer had previously requested to rent space at the university for a speaking engagement on May 4, 2018 — the anniversary of the Kent State shootings in 1970. KSU quickly denied the request, citing the busy academic calendar in the weeks before and after the solemn date. They now have until February 9th to provide an alternate date before facing a lawsuit.

Other colleges and universities that have declined to have Spencer appear on their campuses have faced both threatened and actual lawsuits, including Michigan State, which just came to a settlement agreement allowing Spencer to speak after a lawsuit filed by his lawyer Kyle Bristow, and Ohio State, which is reportedly in talks with Bristow to settle a similar lawsuit.