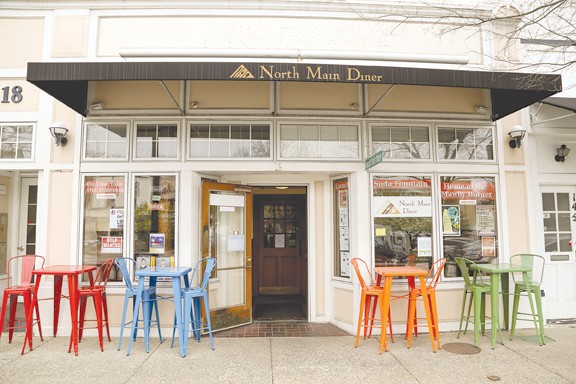 The story was almost too good to be believed. John Krissinger, a Chagrin Falls grad, was scouring the business-for-sale websites looking for a Cleveland-based restaurant when he happened upon a listing for Dink's diner, a beloved community asset for more than 50 years.

"If somebody would have told me 30 years ago that I would end up owning a restaurant in Chagrin Falls, I would have laughed at them," Krissinger told me soon after opening.

Today, North Main Diner (16 North Main St.) has closed, lasting just two years and following in the steps of Fresh Start Diner and Dink’s before it.

Krissinger’s goal was to return the diner to its glory days, when families in search of wholesome, affordable and unfussy food would keep the servers hopping morning, noon and night.

"I want this to be like Dink's used to be, a place where everybody in town would gather – the townie place, and a place you could afford to come,” he said.

Krissinger even rescued and restored an old soda fountain so that he could offer authentic egg creams, phosphates, malted milks and milkshakes, which were hand-scooped and blended on a vintage milkshake mixer.

Hopefully there will be another sentimental, nostalgic operator who can’t help but step in to try and save the diner. If and when that happens, we’ll be the first in line for a refreshing New York egg cream.