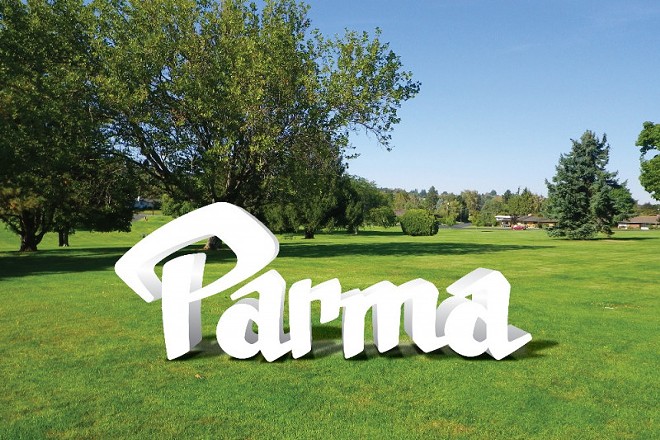 Inspired by the various script Cleveland signs, around which folks gather for Instagram shots, wedding photos, family portraits and engagement sessions, the Parma city council president is proposing his fine suburb (Ohio's 7th most populous city!) get one of its own.

“I truly believe the signs can help prime economic development,” he told Channel 5. “I envision people coming out to visit a sign, take a few snapshots, then do a little shopping and have a meal."

That logic may be a tad specious, but a little civic pride never hurt anyone.

A Parma Charitable Fund GoFundMe campaign is seeking to raise the $15,000 it'll take to get it made. Brennan's already contacted the Signature Sign Company, which created the Cleveland versions, and has some renditions in hand. No word if any of them include pink flamingos.