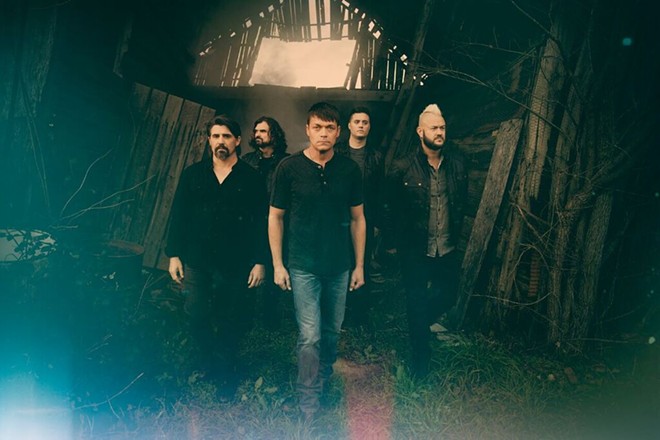 A few years ago, the hard rock act 3 Doors Down played a stripped-down acoustic show in Nashville just to try something different.

“It was on Brad’s birthday,” says guitarist Chris Henderson in a recent phone interview from a Cedar Rapids tour stop. “It was such an incredible show. People came from all over the country. It was our only acoustic show. We thought we’d have 60 or 70 people. We had like 300 people. There were people from California and Canada. There were people from London and Portugal and Brazil. It was incredible. For a band like us and the music we play, to play those songs acoustic is really cool."

In the wake of that gig, the band began to incorporate acoustic segments into its shows.

And now, it’s embarked on the all-acoustic Back Porch Jam tour. The tour includes a Feb. 9 show at Hard Rock Live.

Henderson says the band dug into its back catalog for the setlist, which he says tends to vary from night to night.

"We have done 'Let Me Be Myself' and all kinds of stuff," says Henderson. "We're doing 'My World.' I don’t think we have ever tried that one before. 'My World' was written acoustically, and then we went back to the studio and made it rock 'n' roll later. Instead of playing it acoustically the way it was written, we play it like it's a metal song on the acoustic guitars and then we switch back over to the acoustic version. In the middle of the song, it changes to this different feel. It’s really cool. It keeps us on our toes too."

Henderson says a couple of songs from the band's latest effort, 2016's Us and the Night, make it into the sets too.

For the shows, the band even offers a “sit on the back porch with 3DD” package that will allow fans to sit on-stage during the entire set while listening to the band’s in-ear mix through custom headphones.