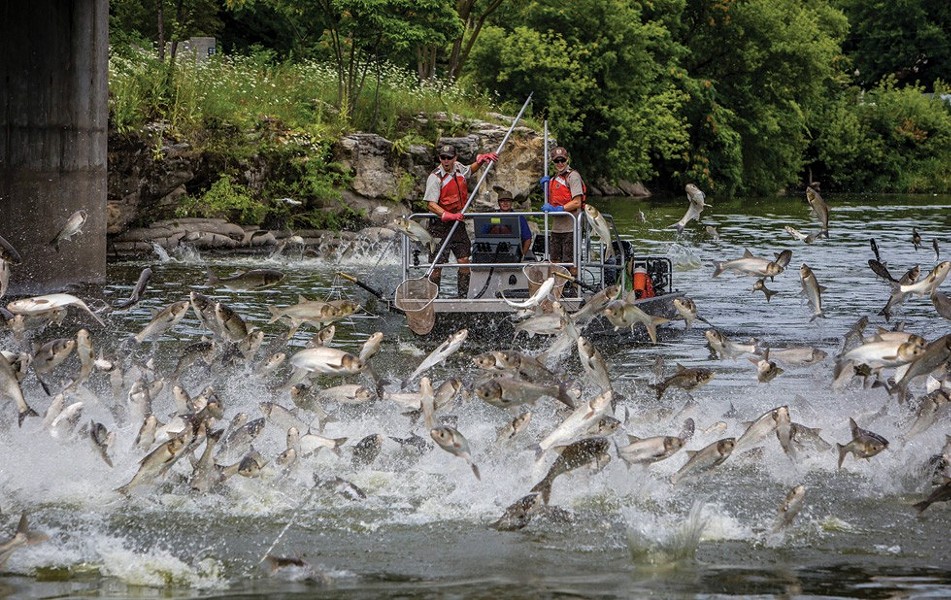 Ohio has joined Wisconsin, Michigan and the province of Ontario in supporting the Great Lakes Basin Partnership to Block Asian Carp, a group backing a plan by the U.S. Army Corp of Engineers to construct a $275 million project to prevent Asian carp from entering the Great Lakes. It would include electrical barriers, locks to flush out fish and larvae, and sound technologies.

Yet to join the partnership are Quebec, New York, Minnesota, Illinois, Pennsylvania, and Indiana.

The federally funded invasive carp barrier could be completed by 2025, the Corps says. The sooner the better, after all: Invasive species, and Asian carp specifically, present a unique and potentially catastrophic threat to the Great Lakes, environmentally and financially speaking. Some $7 billion of economic activity is directly tied to the largest body of fresh water in the world, including recreational sports, shipping and commercial fishing.

One might brush off the threat, but it'd be foolish to do so. Carp don't dilly dally — they mature quickly and can eat up to 20 percent of their bodyweight daily — and their exploding populations along the Mississippi basin have already wreaked havoc on that ecosystem. That they haven't already entered the Great Lakes en masse is a minor miracle, as various agencies and groups have battled over the degree to which the threat exists. Once they do, it'll be too late. Just last year a silver carp was found in Chicago only nine miles from Lake Michigan. It'd somehow evaded electrical barriers installed to prevent the fish from making its way upriver.

Money from the Great Lakes Restoration Initiative is being earmarked in Ohio to prevent carp, which have already reached the state's river system, from entering the Lake Erie basin.

"No single state, province or government jurisdiction should have to bear the sole responsibility of keeping invasive carp out of the Great Lakes," Michigan Gov. Rick Snyder said last week.