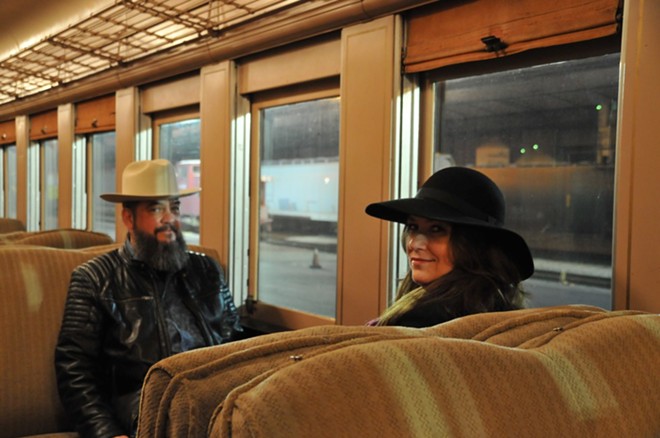 The Earnest Tube, a specialized direct-to-disc studio that captures the honesty of pre-1950s recordings, has worked with bands in both Cleveland and Bristol.

Earlier this year, the local husband and wife duo Sands & Hearn recorded a new song, “Oakleigh Street,” at the Earnest Tube studios in Bristol, Virginia. They also set up a camera and captured the moment to video; the group has just published the video for the somber track on YouTube.

The two wrote the song while attending a talk on the history of Euclid. Along with learning the origins of city where they live, Sands and Hearn also discovered that many of the original street names had been changed to numbers as part of an urban planning and development initiative. They realized that "the original names tell more about the neighborhoods and the people who lived there than a simple number ever could."

Sands & Hearn plan to release "Oakleigh Street" along with the other songs they recorded in Bristol on limited-run vinyl sometime in the future.