Jim Jarmusch-Produced Film to Make Its Cleveland Debut at Cinematheque 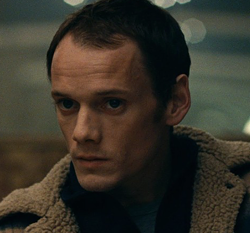 Set in Portugal, the drama centers on Jake (the late Anton Yelchin), an American drifter who falls for Mati (Lucie Lucas), a French archaeology student.

A sexually confident student in her 30s with a history of vague mental illness, Mati rocks Jake's world during the sole night they spend together, something over which Jake obsesses throughout the film even after Mati moves on.

Though many critics have complained about the script's shallowness, they've also praised Yeltsin's performance.

The movie makes its Cleveland debut tomorrow night at 9:15 at the Cleveland Institute of Art Cinematheque, where it screens again at 8:30 on Saturday night. Tickets are $10, or $7 for Cinematheque members and students.