Bald Eagles Return to Cleveland for First Time in 100 Years 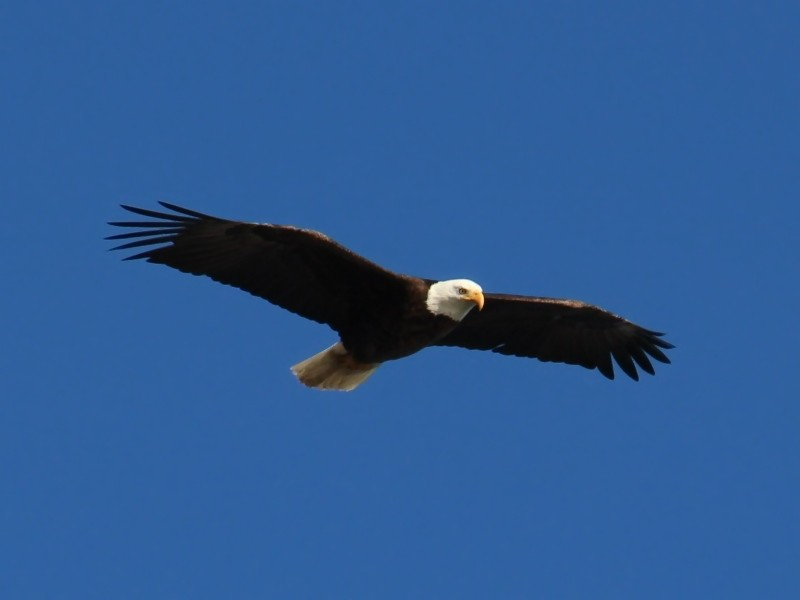 A pair of bald eagles have made a home in Cleveland for the first time in more than 100 years. The duo's nest was first spotted at the Ohio & Erie Canal Reservation late last year.

"Look at where these birds have chosen to build their nest, not that far from where the debris on the river caught fire nearly 50 years ago in 1969," Wendy Weirich, the Metroparks' director of Outdoor Experiences, told Cleveland.com.

The birds of prey are part of a Northeast Ohio birding population that appears to be gaining in strength. As we previously reported, the snowy owl population along the north shore surged earlier this winter.

Back in 1979, bald eagles' outlook looked bleak in Ohio, after only four nesting pairs were found in the entire state. Yet in recent years, the species has been spotted roosting all over Northeast Ohio, just not in Cleveland itself.

Another pair of eagles set up a nest at the Rocky River Reservation. Cleveland Metroparks announced Monday that the birds successfully laid eggs and are beginning the incubation process.  For those interested in getting out and seeing birds of all sorts in Northeast Ohio, find inspiration in our birdwatching feature from last summer right here.