Calls for Bans on Assault Weapons Intensify in Ohio 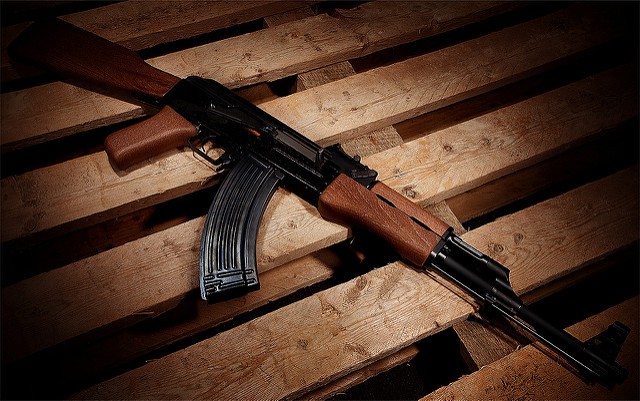 COLUMBUS, Ohio - In the wake of the Florida school shooting, the controversy over banning assault weapons is reaching new heights both nationally and here in Ohio. This week, the Akron City Council passed a resolution asking state legislators to prohibit the sale of assault weapons.

Founder of the Ohio Coalition Against Gun Violence Toby Hoover says while these types of bans are certainly not a fix-all solution for gun violence, they are a step in the right direction. She explains that assault weapons, such as the AR-15 used in the Florida massacre, are becoming the mass shooting weapon of choice because they can quickly inflict great harm.

"In a very short period of time, the last I heard it was inside of six minutes, he could go ahead and fire that gun off fast enough to shoot all those people," says Hoover. "So 17 dead and another 12 injured in very little time."

In the U.S. House, "The Assault Weapons Ban of 2018" was introduced on Tuesday and has more than 167 co-sponsors. It prohibits the sale, transfer, production and import of assault weapons, and names more than 200 specific firearms.

Hoover says while national policy is crucial, Ohio needs its own laws on the matter.

"It's always sort of been a belief that where you were locally that you knew what kind of safety measures you need. And I think that holds true with this as well," she says. "And it gives the states a little more leeway than trying to go ahead and have everybody in the whole country agree on something."

Also on Tuesday, a Quinnipiac poll was released that found 66 percent of American voters support stricter gun laws, the highest support that it has measured. It also found 67 percent favoring a nationwide ban on the sale of assault weapons.