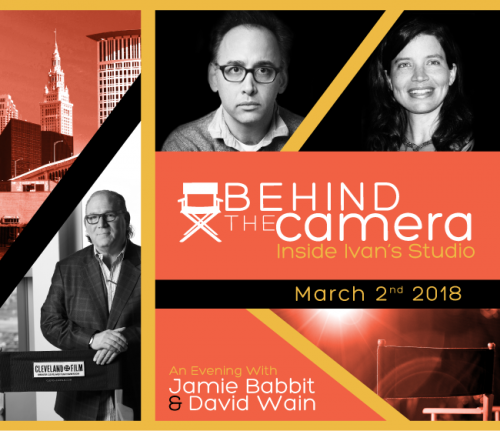 Northeast Ohio natives Jamie Babbit and David Wain will be on hand tonight for the Greater Cleveland Film Commission's "Behind the Camera" fundraiser. Film Commission president Ivan Schwarz will lead the discussion as Babbit and Wain talk about their careers.

Babbit has directed several features and produced and directed multiple award-winning television shows; her credits include Brooklyn Nine-Nine, Silicon Valley and It's Always Sunny in Philadelphia.

Wain's resume includes dozens of writing, directing and acting credits including Wet Hot American Summer and Adult Swim's Childrens Hospital. His sixth feature film as a director, A Futile and Stupid Gesture, recently premiered at the Sundance Film Festival and is currently available on Netflix.

The program begins at 5:15 p.m. at Pickwick and Frolic. Afterward, there will be a VIP reception that includes hors d'oeuvres and an open bar. Tickets start at $75 for general admission.