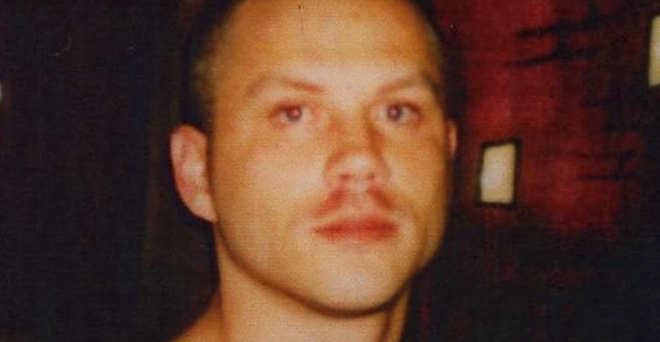 Tyrone Noling has steadfastly maintained his innocence since being convicted of the 1990 murders of Bearnhardt and Cora Hartig. The state's case was problematic from the start — no physical evidence tied Noling to the crime scene — and has only become spottier. He was largely convicted, in a 1993 trial, based on the testimony of his three co-defendants, all of whom have since recanted, and sentenced to death.

His battle for exoneration has bounced around the legal system and this week's decision by the Ohio Supreme Court provided a bit of good news and a bit of bad news.

Noling's attorneys had asked for the full DNA profile gathered from a cigarette butt found at the crime scene. Previous testing found it didn't match Noling and his lawyers sought the complete results from the testing laboratory, not just the final report. They also wanted the court to allow them to have a lab do DNA testing on the shell casings and ring boxes collected at the time. They hoped to not only run the DNA profile from the cigarette butt through a nationwide database but also to compare it to any DNA found on the casings.

While the court ruled Noling could have access to the full DNA profile, it sided with the trial judge's decision that no new testing would be allowed on the other evidence based on the Ohio Bureau of Criminal Investigation's determination, made only by visual inspection, that the evidence was too contaminated and "not suitable for further DNA testing."

"If ever a case cried out for the most extensive and reliable DNA testing available, it would be that of Tyrone Noling," Noling's attorney, Brian Howe of the Ohio Innocence Project, said in a statement. "Mr. Noling is an innocent man who has spent two decades on Ohio's death row, despite zero physical evidence against him, despite compelling alternate suspects, and despite the recantation of every one of the state's key witnesses. The ruling denies Mr. Noling access to key DNA evidence, including scientifically appropriate testing that could conclusively identify the perpetrator of the crime."

Still, there's a bit of hope. “There are a number of suspects considered in this case against whom the DNA has never been compared,” Howe said. “Getting the results — the profile — may allow that to happen.”

On the other side, Portage County Prosecutor Victor Vigluicci claimed victory.

“This was a clear win for the state of Ohio — and the Hartigs,” he told the Akron Beacon Journal. “[The full DNA profile]  has been shown to be irrelevant and unconnected to the case." Vigluicci added that Noling's team has “grasped at their last straw.”