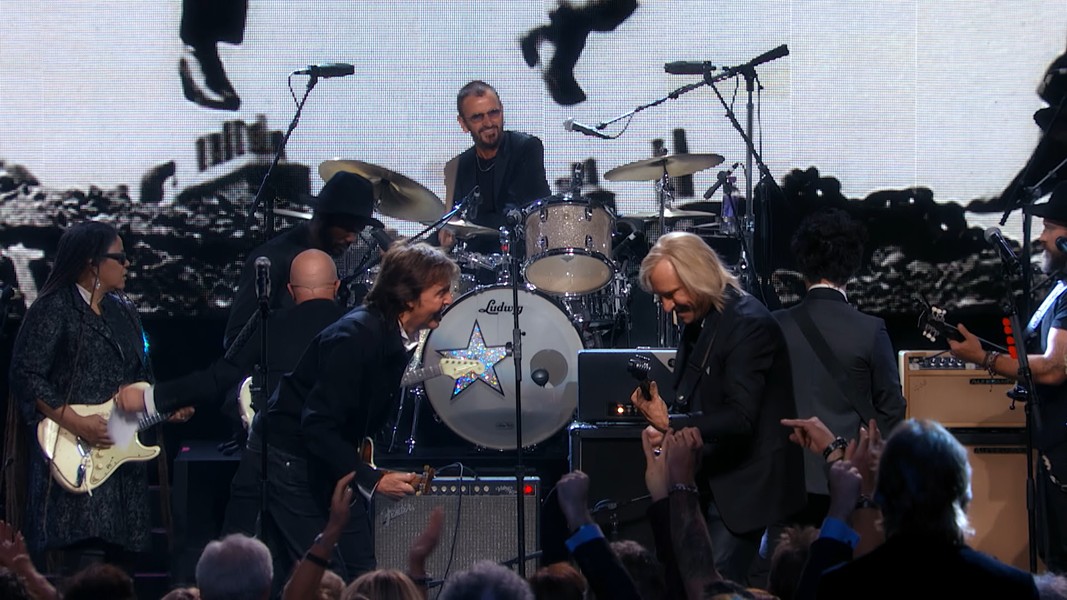 Rock and Roll Hall of Fame: In Concert, a new Time Life DVD and Blu-ray collection, will feature the Rock Hall Induction concerts from the past four years. Due out April 24, the discs include a total of 53 performances.

“From the first induction ceremony in 1986, the Rock and Roll Hall of Fame has sought to honor the top names in all genres of rock ’n’ roll,” says Joel Peresman, president of the Rock & Roll Hall of Fame Foundation in a press release announcing the DVD’s release.  “These ceremonies have provided unique once-in-a-lifetime moments as the inductees and presenters come together to celebrate the legacy of these artists and it’s a privilege to produce this important part of music history and to share it with you!”

Some highlights include Bruce Springsteen joining the E Street Band to play “E Street Shuffle,” Lorde, Annie Clark, Kim Gordon and Joan Jett performing with the two surviving members of Nirvana, and original Cheap Trick drummer Bun E. Carlos playing with the band for the first time in six years as it plays tracks such as “Surrender” and “Dream Police.” Some of the performances took place at Public Hall in Cleveland.