Panic! at the Disco to Play a Surprise Show at the Grog Shop 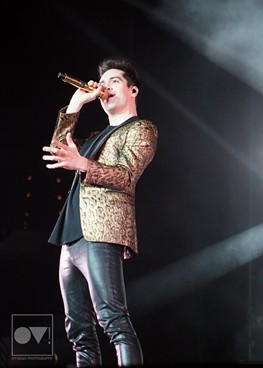 Last year before a capacity crowd at the Wolstein Center, Panic! at the Disco put on a 90-minute performance that showed just what a showman frontman Brendon Urie has become.

Dressed in skin-tight pants and a gold lamé jacket, he regularly snapped his fingers and busted out Sinatra-like twirls.

Expect something similar when the band plays a surprise show tomorrow night at 9 at the Grog Shop.

The group announced the concert earlier today on Twitter. Tickets cost $30 (cash only) and must be purchased at the door. Fans can begin to line up at 3 p.m. Only one ticket will be sold per person.