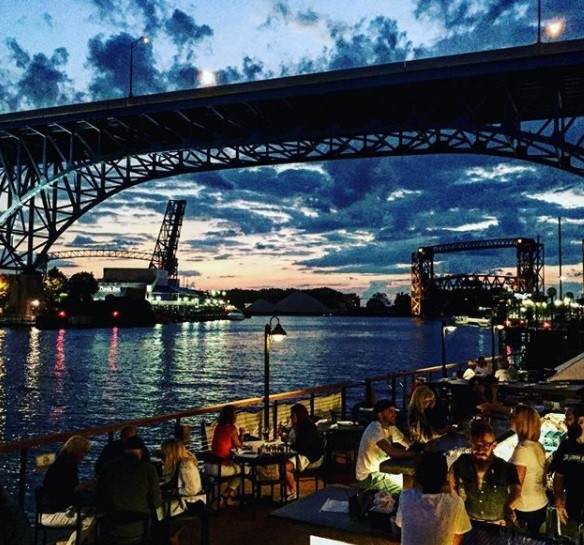 As previously reported, Collision Bend and Great Lakes Brewing Company were named finalists last month in the poll. Today, the results are in, and only one of Cleveland's entries made the Top 10.

On its site, the outlet noted that Collision Bend brews over a dozen beers onsite and "that diners can sip a fresh brew alongside a food menu inspired by the street foods of Southern California; ingredients are locally sourced when possible, and options include Korean pork belly tacos, lamb tamales and green chile posole."

Of course, who can forget about that view, as seen above?

It must be stated that just like Cleveland Scene's own Best Of awards (polls are open now), all winners are decided on by readers, not by the publication itself.