‘A Quiet Place’ is as Suspenseful as it is Heartfelt 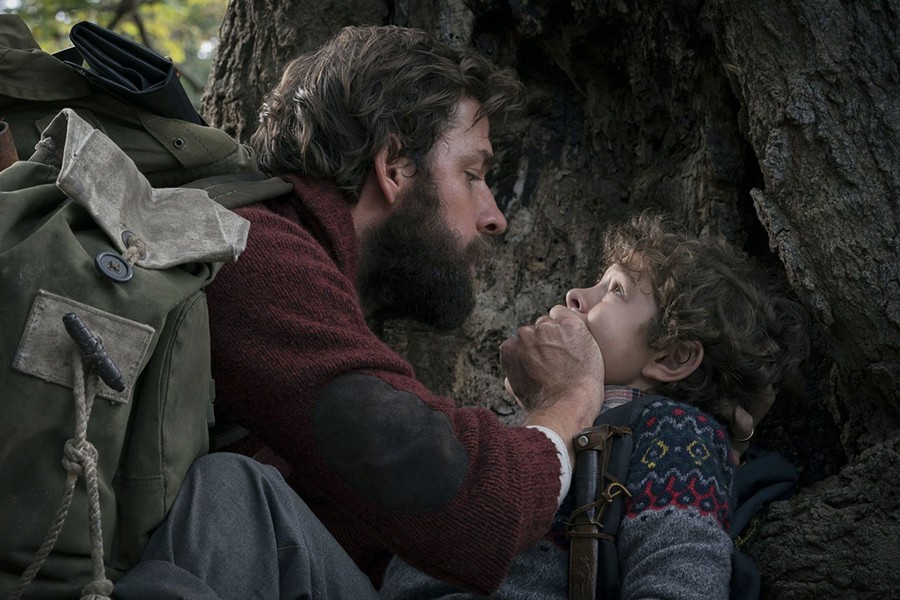 Following the groundbreaking success of Jordan Peele’s Get Out and paving the way for David Gordon Green and Danny McBride’s revisit to Halloween, A Quiet Place is further proving that horror is safe in the hands of comedic performers. In his horror directorial debut, John Krasinski (The Office) opened the Film Track at this year’s SXSW Conference with the highly anticipated A Quiet Place, opening in select local theaters this Thursday.

After society has been ravished by menacing creatures utilizing sound to hunt their prey, A Quiet Place focuses on a family lead by Lee (John Krasinski), his pregnant wife Evelyn (played by Krasinski’s real life wife Emily Blunt) and their two children as they struggle to survive in this post-apocalyptic world. These creatures are blind, but possess an otherworldly sense of hearing. Even the slightest sound can trigger an attack in the most gruesome way imaginable. It’s one part survivor film and one part creepy creature, and it makes for one of this year’s strongest horror releases.

Penned by Bryan Woods, Scott Beck, and Krasinski, A Quiet Place dives into the chaotic world overrun by monsters almost immediately, forcing the audience to learn the rules of this post-apocalyptic nightmare alongside the leading players. The true strength of the film, however, lies with the relationship among the family members. Considering Krasinksi and Blunt are real life spouses and parents to children of their own, the chemistry between the two is palpable. Every moment shared on screen is relatable, and there is a real sense of camaraderie between Krasinksi/Blunt and the child actors (Millicent Simmonds and Noah Jupe).

One of the children is presented as deaf with a cochlear implant, and American Sign Language (ASL) is used as the major mode of communication within the family. The use of ASL forces all of the interactions between the characters to have a heightened sense of intimacy, as eye contact and direct attention is required to communicate. It’s impossible not to root for this family, one that is clearly filled with unconditional love and support for one another. This isn’t a horror film with disposable characters only serving a body count, but rather fully realized people that you can’t help but want to survive.

Cinematographer Charlotte Bruus Christensen (Molly’s Game, Fences, The Girl on the Train) constructs a claustrophobic universe where the boundaries of sound forces the characters closer and closer to one another, with peril often just out of view. As the title would suggest, there are very few words spoken throughout the film, with exposition presented almost exclusively through ASL. Where the film lacks dialogue, it more than makes up for it with the strength of Marco Beltrami’s horrifying score and sound design. The creatures’ sounds are inimitable and nightmare-inducing. A lesser horror film would rely solely on the sound design to generate the scares in an otherwise silent film, but A Quiet Place’s sound enhances the expertly paced and suspenseful script.

This is absolutely a film to see in the theaters, as the meticulously designed sound serves as a character on its own. The effectiveness of the film will only be amplified in an environment capable of drowning the audience in sound and silence. It’s highly recommended to go into the film with as little knowledge of the story beats as possible, as the surprising intensity of the film will inspire a tighter grip on the armrest and some definite seat shifting.