Here are All The Ohio Wrestlers To Watch During WrestleMania Weekend 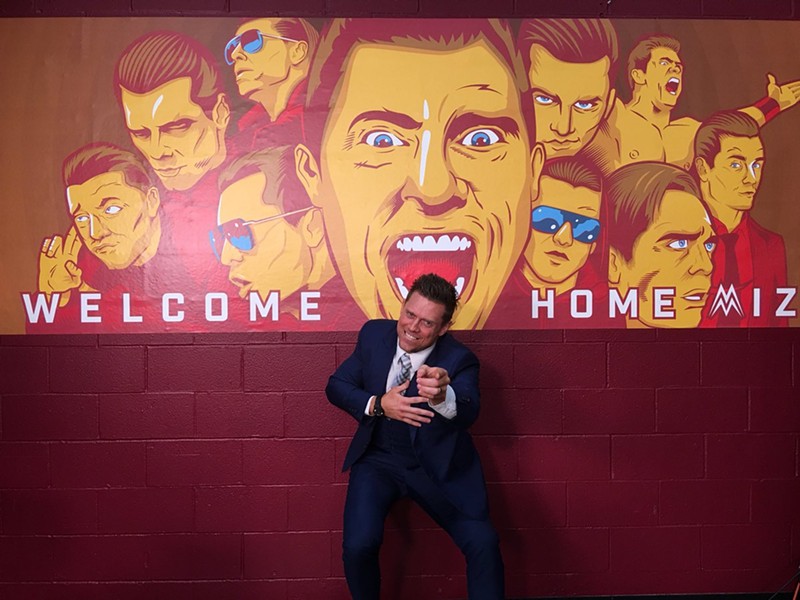 The Cavaliers, the Indians, the Lake Erie Monsters, and The Ohio State Buckeyes have all done their part in helping to solidify Ohio as a tour de force in the world of sports, but the world of sports entertainment is where Ohio reigns supreme.

WWE’s Monday Night Raw performed to a sold out crowd at the Quicken Loans Arena last week, but tonight kicks off the start of WrestleMania Week. Concluding with WrestleMania 34 on Sunday, April 8, WWE currently has nine active Ohio born and bred superstars signed to their roster. Here’s what matches to pay attention to in order to root for your hometown heroes.

Willoughby’s Ethan Carter III (EC3) will be returning to in-ring action after previously wrestling with WWE under the name “Derrick Bateman.” EC3 first appeared in the audience at NXT TakeOver: Philadelphia, showing the world that he had been rehired by WWE and was planning on wrestling for WWE’s sister brand. Last week, EC3 was announced as one of the competitors in a six-man ladder match at NXT TakeOver: New Orleans for the vacant NXT North American Championship title belt.

Cleveland’s Johnny Gargano was fired from NXT after failing to capture the NXT Championship title during NXT TakeOver: Philadelphia, leaving fans to wonder about the future of “Johnny Wrestling.” After the return of his former tag team partner and current rival Tomasso Ciampa, Gargano was granted an unsanctioned match for NXT TakeOver: New Orleans. If Gargano wins, he will be reinstated to NXT, but if he loses, he’ll be banned from NXT.

Also signed to the NXT brand is Dayton’s Kassius Ohno and Cleveland’s Raymond Rowe, who are both not currently scheduled to appear. However, there is a chance that Ohno will appear during the Andre the Giant Memorial Battle Royal during WrestleMania, and many have speculated that NXT TakeOver: New Orleans will be the first appearance of Raymond Rowe’s tag team, War Machine.

St. Edward High School and Kent State University alumnus Dolph Ziggler has been showing off his Cleveland pride throughout his entire wrestling career. The last year has been a rocky one for the former WWE World Heavyweight Champion, but his confidence declaring his entrant for the Andre the Giant Memorial Battle Royal is leading fans to think this could be the start of a new Ziggler championship run.

Hailing from Seven Hills, Ohio, Dana Brooke has not yet announced her entry for the historic first ever WrestleMania Women’s Battle Royal but if her appearance in the Women’s Royal Rumble is any indicator, we’ll likely see the fitness competitor throw a few women over the top rope.

Columbus, Ohio may be the home of the Buckeyes, but it’s also home to the biggest female heel currently working for WWE. Alexa Bliss will be defending her Raw Women’s Championship title against her former best friend, the powerhouse Nia Jax. Alexa Bliss may only be five feet tall, but she’s a fierce competitor and the longest reigning Raw Women’s Champion. Additionally, she’s the first female competitor to have held both the Raw and SmackDown Women’s Championship titles and was recently the historic winner of the first Women’s Elimination Chamber match. Whether or not she’ll retain the title is up for debate, but her promotional work every week has helped solidify her place in the canon of all-time greats.

Love him or hate him, Parma’s own Mike “The Miz” Mizanin is undoubtedly one of the greatest wrestlers of our time. As the current Intercontinental Champion, The Miz will defend his title against Seth Rollins and Finn Balor in a triple threat match. Many fans believe this to be the first time in years that the Intercontinental title was considered a high-stakes title match, and it is all in large part to The Miz’ work as the best male villain in the business. Last week he was welcomed to a sold-out Quicken Loans arena welcoming him home for Monday Night Raw, complete with an incredible mural painted by Cleveland artist Okpants, only for him to get on the microphone and declare “I’m from Hollywood.” What a heel.