RTA to Receive $2.6 Million in Federal Grant for Bus Improvements 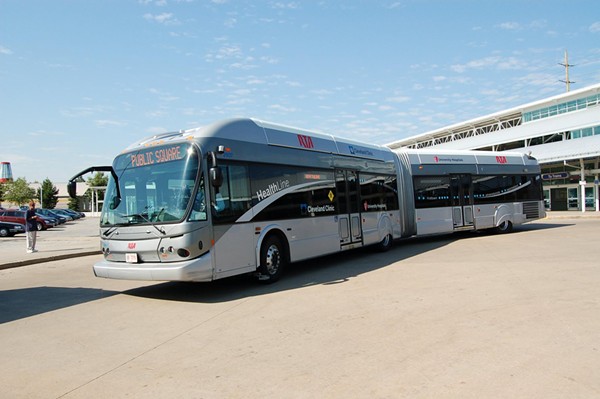 A $2.6 million federal grant was announced today that will allow RTA to renovate bus facilities.

The U.S. Department of Transportation Grant provides funds for operators of bus routes so that they may "replace, rehabilitate and purchase buses, vans, and related equipment, and construct bus-related facilities, including technological changes or innovations to modify low or no emission vehicles or facilities."

A spokesperson for RTA said the grant will assist in the conversion from diesel to Compressed Natural Gas (CNG) fueling at the RTA Triskett District facility.

“We’d like thank our elected federal officials for their advocacy on our behalf. RTA now can save more than $200,000 over the life of each vehicle because we can fuel our buses with CNG, rather than diesel,” RTA General Manager Joe Calabrese said, in a press release.

Congresswoman Marcy Kaptur announced the grant in a press release of her own.

“As we continue to fight for bold and innovative investments in our infrastructure and manufacturing base, we must remain committed to providing much-needed resources to our public transportation systems,” said Kaptur. “The funds provided in this federal transportation grant will help the Cleveland Regional Transit Authority better serve residents throughout Northeast Ohio.”

RTA also announced that it had received a $400,000 grant from the Ohio EPA to help cover the $25,000 differential between the cost of a diesel bus and a CNG bus, which significantly reduces greenhouse gas emissions.