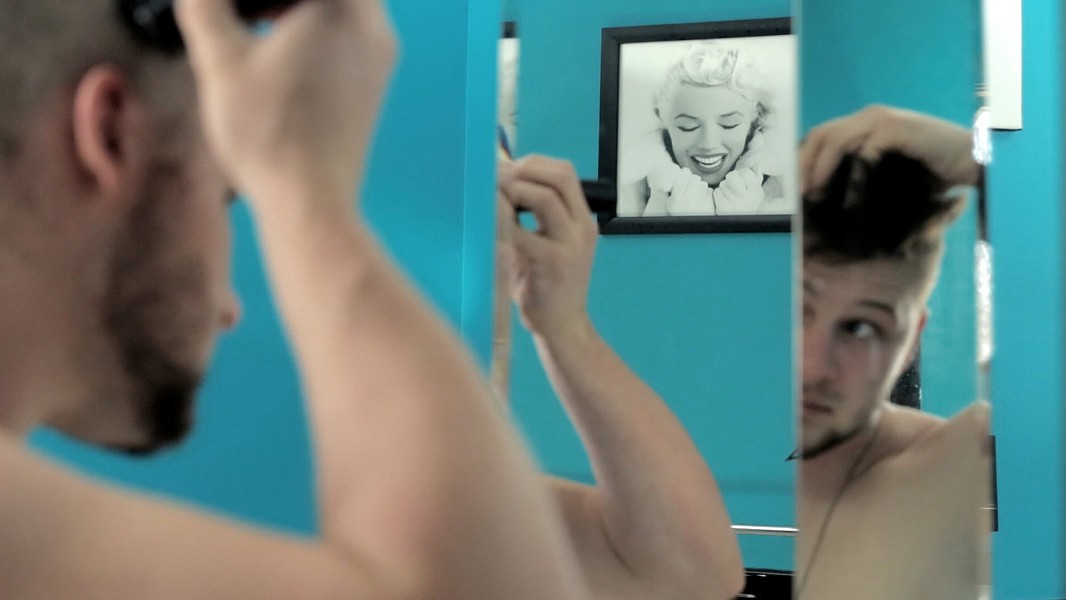 Coby
An intimate and unflinching look at a Chagrin Falls native and University Hospitals paramedic’s transition from female assigned at birth to living his true identity as a male. The timely, moving and important documentary focuses on the familial support and rejection, individual courage and fear, and difficult struggles a person takes on their path towards acceptance. Coby examines not just the emotional journey of a man transitioning, but how it impacts those around him. Coby screens at Tower City Cinemas at 1:40 p.m.

I Am Evidence
Despite the power of DNA to solve and prevent crimes, there are hundreds of thousands of untested rape kits sitting away in police evidence storage rooms all across America. This powerful documentary is produced by Law & Order: SVU’s Mariska Hargitay and directed by the award winning Trish Adlescic and Geeta Gandbhir. I Am Evidence looks into the imperfect justice system, the law enforcement officials attempting to work through the backlog of untested kits, and the assault survivors still awaiting justice to be served. I Am Evidence plays at Tower City Cinemas at 7:40 p.m. and again on Sunday at 12:30 p.m.

Game of Death
Feeling like a Coachella-inspired companion piece to Battle Royale, the ultra bloody Game of Death features a Jumanji-esque board game where the rules are kill or be killed. After this group of millennials discover the real life ramifications of failing to follow the rules of the game (their heads will literally explode), this out of control gorefest forces you to ask how far you'd be willing to go in order to survive. They're not playing God, they're playing the Game of Death. Grab some friends, grab a drink, and get ready to watch the carnage unfold. Game of Death is a late night screening at Tower City Cinemas, showing at 11:20 p.m. and again Sunday morning at 11:50 a.m.

Life And Nothing More
Spanish director Antonio Mendez Esparza presents an insightful look at the social and economic challenges of African-Americans struggling to survive a life in poverty and avoid the trap of America’s prison industrial complex. Set around the time of the 2016 presidential election, Life And Nothing More follows Andrew, an almost adult living in small-town Florida with his single mother and little sister. As outside forces trigger frustration, anger, and complications within the family, Andrew finds himself in a troubling situation from which he may not be able to escape. Life And Nothing More plays at Tower City Cinemas at 8:50 p.m. and again on Sunday at 11:20 a.m.

Sons of St. Clair
The Grammy award-winning rap stars Bone Thugs-N-Harmony grew up on the streets of Cleveland only to become one of the biggest rap acts of all time. Performing both together and solo since their heyday in the '90s, Sons of St. Clair focuses on Bizzy Bone and Krayzie Bone during the production of their 2017 collaboration, New Waves. Directed by Tim Newfang, this documentary follows the history and future of the performers, as well as their return to Cleveland. This one is sure to bring in a massive audience, so be sure to grab tickets early. The film premieres at Tower City Cinemas at 9:15 p.m. and will replay Sunday at 4:20 p.m.

Film CIFF 42 Scene Recommendations Film Sons of St. Clair Life And Nothing More Game of Death I Am Evidence Coby