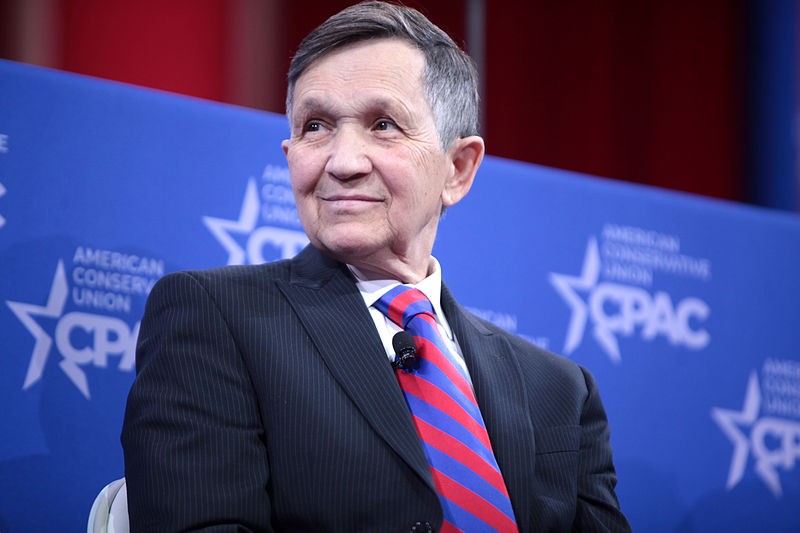 With early voting now underway for the May 8 primary election, and term-limited Republican Governor John Kasich out, the gubernatorial race is shining a very public light on our swing-state of Ohio. PRIZM News, Ohio's LGBTQ community magazine, recently reached out to all of the Ohio governor nominees to discuss their stances on LGBTQ issues, and their findings may be a game-changer for Ohio Voters.

While Cordray and Schiavoni both spoke in support of LGBTQ rights and protections, Kucinich's voting history and progressive viewpoints are sure to make him the front-runner as far as the LGBTQ community is concerned. The 71-year-old politician is best known for his time as mayor of Cleveland (1978-79) and his eight terms in the U.S. House of Representatives (1997-2013). Kucinich unsuccessfully ran for the 2004 and 2008 Democratic party presidential nomination, but in 2003 became the first ever presidential candidate to speak in favor of gay marriage.

Kucinich also expressed support for House Bill 160: the Ohio Fairness Act, a piece of legislation geared toward protecting and expanding the nondiscrimination laws for LGBTQ Ohioans, calling it "long overdue." While some cities and municipalities have protections in place (now including South Euclid as of Tuesday), there is no state-wide protection for the LGBTQ community who can be fired or denied opportunities simply for their sexual orientation or gender identity.

Ohio is also one of only three states that does not allow transgender individuals to correct their gender on their birth certificates, and Kucinich has now gone on record promising to issue an executive order to the Ohio Department of Health to make this change. Schiavoni and Cordray both expressed wanting to work with the Department of Health, but Kucinich was the only one to express an executive order.

Cordray is a Human Rights Campaign Michael Howard Grier Humanitarian Award winner, Schiavoni spoke about including the LGBTQ community in any decisions he would make regarding LGBTQ issues, but Kucinich currently holds a perfect voting record from the Human Rights Campaign. For a man that's been in politics for nearly five decades, this is a remarkably impressive and almost unheard of statistic. Kucinich has also been given numerous awards for his advocacy of LBGTQ+ rights.

PRIZM News' full findings for Kucinich, Cordray and Schiavoni are all available online.

Registration for the primary election is closed, but you can visit www.myohiovote.com for information about early voting options, polling locations and voting hours on Election Day.