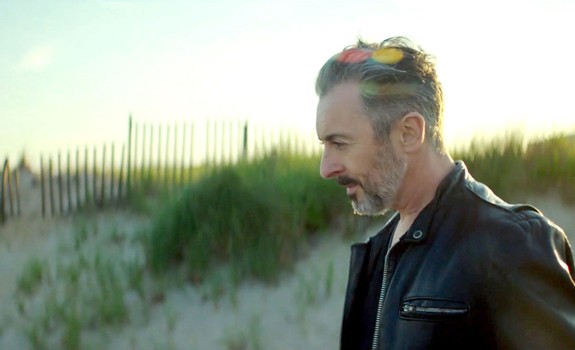 Cinematic treasure Alan Cumming (Cabaret, GoldenEye, The Good Wife) plays Sam, an artist and activist from ACT UP who survived the early years of the HIV/AIDS crisis and severely suffers from survivor’s guilt. Things change when Sam begins seeing the much younger Braeden, and the generational differences between gay men come to the forefront. Sam must decide whether or not to be angry about the injustices of yesteryear, or to enjoy the more open-minded world forged from those experiences that allow a new generation of gay people to feel safe to live their truth. The film screens at 11 a.m. at Tower City Cinemas. (BJ Colangelo)

Described by one critic as “a rage against the fading light,” Time Trial examines the career of Scottish cyclist David Millar, an elite cyclist who was banned from the sport after a 2004 doping scandal. Given one final shot at the Tour de France, he begins competing in a series of time trials to quality for the upcoming Tour. The documentary film demonstrates how cyclists must communicate with their road crews and navigate fellow competitors, manic fans, and the media circus that surrounds a big race. It screens at 5:15 p.m. at Tower City Cinemas.

Ohio-born brothers Joel and Stephen Levinson collaborated on Boy Band, a movie about how the guys in a aging boy band try to hang on to their youth. The comedy serves as a “hilarious send-up of the boy band hysteria of the 90s mixed with a bit of the reality that these cute boys eventually become overweight, middle-aged men on bended knees who find it hard to say goodbye to yesterday,” as it’s put in the description in the CIFF program schedule. Cleveland native Dave Hill plays one of the band members and Levinson shot the movie in Dayton. It screens at 3 p.m. at Tower City Cinemas.

Czech director Jan Sverak's latest film, Barefoot, centers on a small boy who grows up in Prague during World War II. The boy's father resists the Germans when they arrive, and he takes his family to the countryside to avoid them. While there, the young boy comes of age and discovers secrets about his family while coping with the challenges of living off the land. The movie screens at 6:55 p.m. at Tower City Cinemas.

CIFF's official closing night film, Borg vs. McEnroe recreates the 1980 Wimbledon championship match that pits Bjorn Borg against hotheaded John McEnroe. Shia LaBouf portrays McEnroe and Sverrir plays Borg in director Janus Metz's drama. More than just a sports movie, the film aims to show how both men dealt with their respective demons while on and off the court. The movie screens at 7 p.m. at Tower City Cinemas.

Won’t You Be My Neighbor

A documentary from Oscar-winning director Morgan Neville, Won't You Be My Neighbor documents the career of Fred Rogers, the host of the popular kids' program Mr. Rogers' Neighborhood. The movie shows how Rogers was able to educate children without talking to down to them with his PBS show that had a remarkable 30-year run. The movie screens at 7:15 p.m. at Tower City Cinemas