Bop Stop to Host David Bowie-Themed Karaoke Event in May 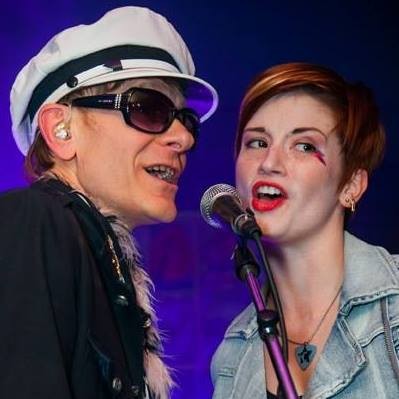 Formed out of the ashes of the glam-punk band, the Angry Inch, which performed in Cleveland Public Theater’s production of the rock musical Hedwig and the Angry Inch, Vanity Crash has become one of Cleveland's more  outrageous bands. With its stage costumes and provocative attitude, the group is one of the only bands on the local circuit that keeps the glam rock flame burning brightly. It has pumped out good, gritty records with regularity.

Last year, the band hosted Bowieoke, a tribute to the late David Bowie, at Musica in Akron. This year, it will move the show up to Cleveland, where it takes place at 8 p.m. on Saturday, May 5, at the Bop Stop. Audience members will have the opportunity to get on stage and sing their favorite Bowie song.

In addition, CoolCleveland’s Thomas Mulready will give his multimedia presentation about Ziggy Stardust-era Bowie.

“Last year in Akron, the club was packed with people dancing and singing along to songs such as ‘All The Young Dudes’ and ‘Suffragette City,’” says Vanity Crash leader Dennis Van Crash in a press release announcing this year’s event. “I wanted to share this with our fans in Cleveland. We’ve got an excellent line up of acts that jumped at the chance to give their spin on some Bowie tunes. One of the things I was shooting for was to include the amazing female rockers that Cleveland has, and I’m happy that all acts but one is either female fronted or has a female in the band.”