Greater Cleveland Aquarium to Upgrade Most of Its Public Space 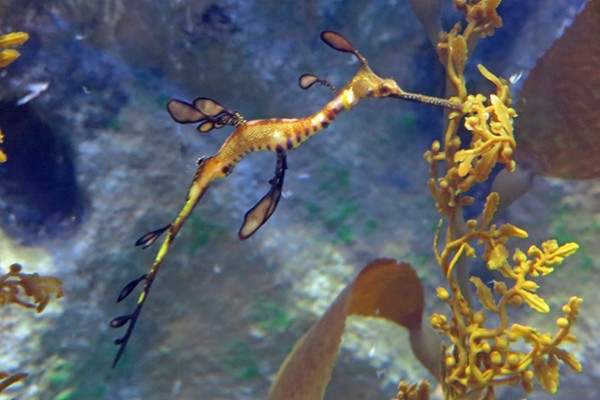 Earlier this month, the Greater Cleveland Aquarium began $250,000 in planned renovations. It will continue to make improvements throughout the year and into the first quarter of 2019. The changes include animal life support system upgrades, theming enhancements and the introduction of new species.

Due to the aquarium’s conservation focus, staff will upcycle materials for the renovated décor whenever possible. The aquarium will also add related environmental calls to action in each room.

The first phase of upgrades includes re-theming the beginning of Lakes & Rivers of the World to become an Asia & Indonesia gallery with a new exotic reptile wall and redeveloping a Coastal Boardwalk around the stingray touch pool.

“The carpet will change into something that looks like wood planks, and we think it’ll feel a little like you’re on vacation,” says GM and Splash Fund Director Tami Brown as she takes us on a recent tour. “The large cave exhibit on the back wall will now feature schooling fish.”

All told, the aquarium is slated to welcome a dozen new species including flashlight fish, spiny lumpsuckers, garden eels, a frilled lizard, Solomon Island leaf frogs and poison dart frogs. A new green tree python and weedy seadragons are already on view. The aquarium is the only facility in Ohio with weedy seadragons, a protected species with delicate long noses. They drift more than they swim, but they look particularly exotic. The four that just went on display at the aquarium are still growing and will ultimately become 12 to 18 inches tall.

The aquarium will also address its second floor classroom and play areas.

“Parents have given us feedback that they like the fact there is an open place for their children to roam and blow off steam after they’ve explored the exhibits,” says Brown. “We’re keeping a free play concept but making it more mission-driven. It will become an ‘Imagiquarium’ where they can pretend to run their own aquarium.”

The aquarium, which has drawn 1.5 million people since opening six years ago, has planned the upgrades incrementally so projects will have minimal impact on guests throughout the capital improvement process.

All construction is slated to be completed by the spring of 2019.