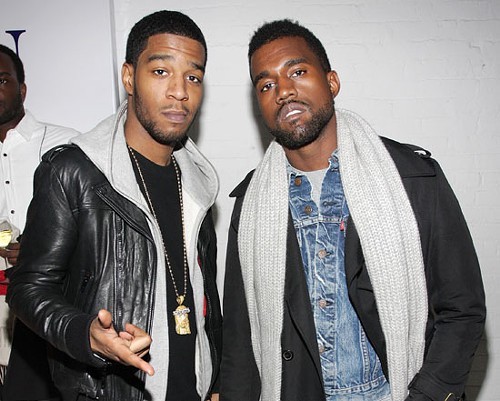 Kanye West has been back on Twitter for about a week and amidst the barrage of on-brand philosophizing and pictures of unreleased Yeezy sneakers, he managed to sneak in the announcement of two (!) new albums. One album, he said, is a collaboration with Cleveland's own Kid Cudi.

Calling their new group Kids See Ghost, West tweeted that the collaboration album is due out June 8. He also announced a seven-track solo release dropping exactly a week prior.

me and Cudi album June 8th

it's called Kids See Ghost. That's the name of our group

The album will mark Shaker Heights native Cudi's first release since 2016's Passion, Pain & Demon Slayin' and West's first since The Life of Pablo from the same year. The two briefly feuded in 2016 when Cudi took to Twitter calling out West for being disloyal, before West publicly patched things up at the Houston stop of his Saint Pablo Tour.

Last November, West trademarked the name Kids See Ghosts for several products, including music videos, video streaming services and a whole slew of clothing. So get ready to relive the bygone days of 2016 when everyone went crazy over West's merch.

We've got about a month and some change to wait for their new album, so you might want to use this time to revisit some of the two rappers' best past collaborations.