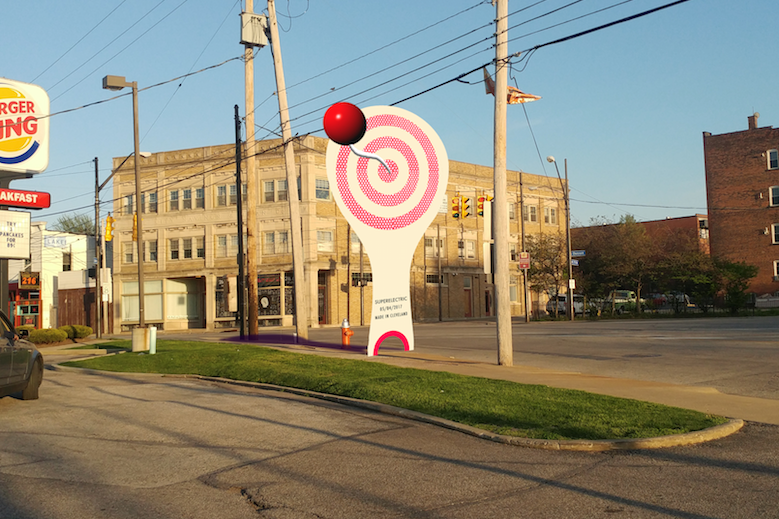 The view for those dining on Whoppers and Mac & Cheetos inside the Burger King on Detroit and 75th street is about to get a whole lot more ... playful.

Known mostly as the brains behind Superelectric Pinball Parlor, artists Ben Haehn, Nathaniel Murray, and David Spasic are bringing us the “Gordon Square Paddle Ball” at the intersection of Lake Avenue, Detroit Avenue and W. 75th Street. The three are also active members of the Cleveland Film community, prop makers, and long-time artistic tenants of the 78th Street Studios complex.

"The paddle ball sculpture will serve as a symbol to everyone entering through the west side corridor that they have arrived in Gordon Square,” said Cleveland Councilman Matt Zone, a member of the City of Cleveland Public Art Committee, in a press release.

Funding for the sculpture has been provided by the City of Cleveland Public Art Program and managed by LAND Studio as part of the streetscape expansion currently under construction in the neighborhood.

Looks like the Cleveland script sculptures are about to get some new competitors for best place to take a selfie.