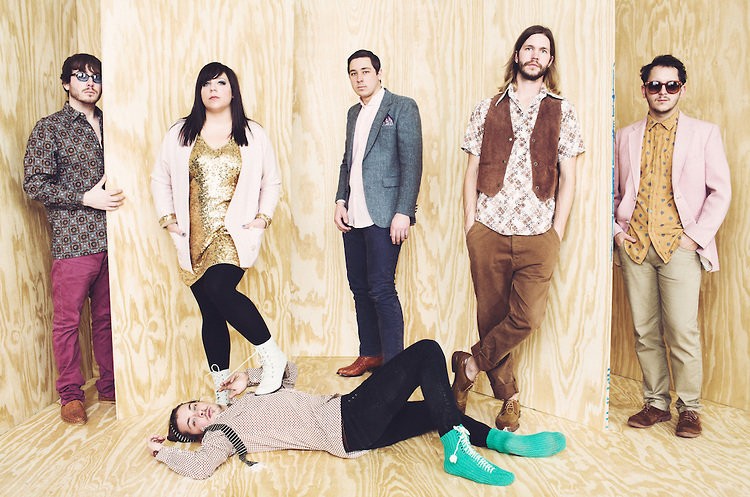 Teddy Boys, a ramshackle local group that comes off as Cleveland’s answer to Cage the Elephant, formed five years ago and has continuously played the local circuit ever since. The band’s live show is good fun as the group really revels in jamming.

Now, the band has just released “Delivery Guy,” a groove-oriented single from its forthcoming release, Bonaire. You can hear it here:

"We self-produced it along with the rest of the album from our home studio in Cleveland we call So Good Sounds,” says guitarist Jon Chips when asked about the track. “We don't take ourselves too seriously. We never have really. We like being together and making the music we like. This is another song with a decent amount of humor in it."


He says the tune is about "a heart-worn loser who catches a bad case of unrequited love."

"He's running around town acting crazy over this person, fantasizing about being together, and by the end of the song, I'm not sure he has ever even said hello," says Chips. "It ends with the poor guy musing about love and the possibility there is someone for everyone. We came up with the concept a couple years back; it was a stripped down chorus with just piano and guitar. Over time, everybody added their piece to it musically, and it turned out to be a pretty cool rock n roll song.”

The band plays a release party at 7 p.m. on Friday at the Beachland Ballroom. Samfox, Holy Daughters and All Is Harvest open the show. Tickets are $10 in advance, $12 at the door.