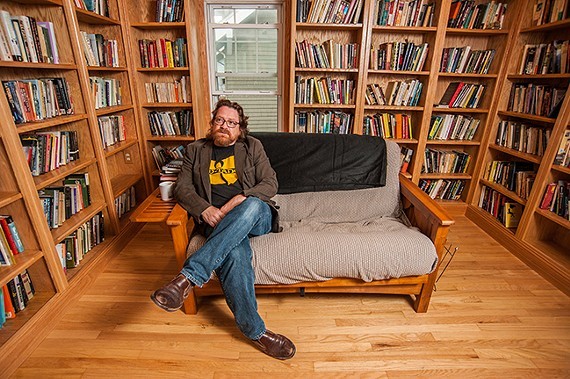 Cleveland Heights native Dan Chaon's 2017 novel Ill Will has been nominated for the Shirley Jackson award for best novel of 2017. The award, named after the deceased literary fiction writer best known for The Lottery, represents an outstanding achievement in the literature of psychological suspense, horror and dark fiction.

Chaon, whose 2001 novel Among The Missing was nominated for the National Book Award, taught at Oberlin College, where he was the Pauline Delaney Professor of Creative Writing and Literature before retiring this year. In addition to Ill Will and Among The Missing, Chaon has also written three short story collections and another novel.

"I'm particularly thrilled about the Shirley Jackson Award nomination because Jackson herself was such a big influence on me," Chaon said in an e-mail to Scene. "I wish I could go back in time and tell my teenaged self about it."

Based in Cleveland, Ill Will is about two unsolved murders, a psychologist, and his adopted brother, who is just out of prison after being convicted of murdering the psychologist's parents, aunt and uncle in what was said to be a satanic cult ritual.

In an exclusive interview in early 2017 with Scene, Chaon had this to say about writing a novel about unsolved murders and serial killers: “I think that’s the thing that we’re most curious about and also most afraid of. How do you move in the world if you don’t have a grip on your own mind. And the idea of losing that, I think is particularly scary. The classic American experience, the line, I never would've believed that this person did or was blah blah blah. I never would've guessed this person would be the serial killer! This idea that there are people amongst us that just have these crazy secrets.” Read the rest of that interview here.