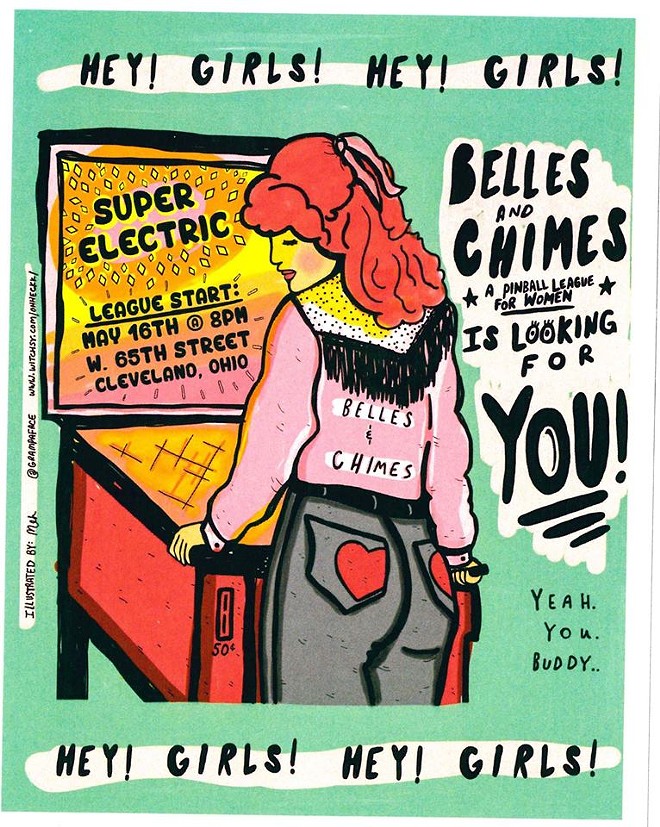 Started in 2013 in Oakland, California, Belles & Chimes is a nationwide network of competitive pinball leagues for women players of all skill levels and ages.

According to Bells & Chimes CLE's website, "Pinball has experienced a massive resurgence in the past few years – especially in the Cleveland area – and we strive to create a fun community centered around these classic games."

For six weeks, Belles & Chimes meets for group play with four out of six weeks required to play in the finals. Teams of three or four must play four games per week with group scoring to determine season standings. The final International Flipper Pinball Association (IFPA) results are taken from regular season standings to determine who will play in the finals after week six.

Players compete for trophies, cash, and other fun prizes. The cost to join is $10 for returning members, $5 for new members, with returning member dues at half off if you bring a new person.