Kelley Britt, NOACA Planner, is City of Cleveland's Replacement for George Dixon III on RTA Board 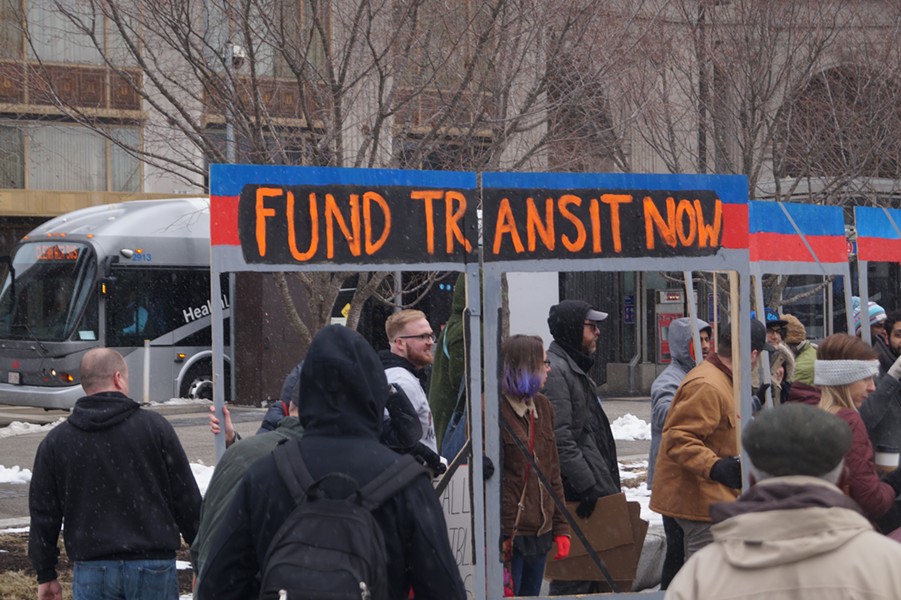 Britt, who attended her first meeting Tuesday morning, fills the seat vacated by longtime chair George Dixon III, who resigned in March amidst an internal investigation that discovered he'd likely failed to pay premiums on his RTA-furnished health insurance for years.

Britt, who is the daughter of Cleveland City Council Clerk Pat Britt, holds a Bachelor of Arts and a Master of Arts in Urban Planning, both from Cleveland State University. She worked at Fairfax Renaissance Development Corporation and the City of Cleveland, as a planner in Ward 5, during and shortly after her graduate studies.

Before joining NOACA in October of 2013, she worked as a program manager for the Northeast Ohio Sustainable Communities Consortium in Akron.

At Tuesday's meeting, Britt abstained from all but one board vote, mostly resolutions having to do with designating funding for engineering and construction contracts. (Interim board chair Dennis Clough explained that Britt was brand-new and hadn't yet had an opportunity to review the documents.) On a resolution authorizing a memorandum of understanding with NOACA and other regional partners, Britt and board member Valarie McCall both recused themselves.

Britt's appointment is likely only the first of several coming changes to the RTA board. After Dixon's resignation, the local transit advocacy coalition Clevelanders for Public Transit called for the appointment of a regular rider to the board and noted that there were multiple opportunities to do so.

In addition to Dixon's vacancy, the terms of both Reverend Charles Lucas (a city appointee) and Former East Cleveland Mayor Gary Norton (a Cuyahoga County appointee) recently expired as well.