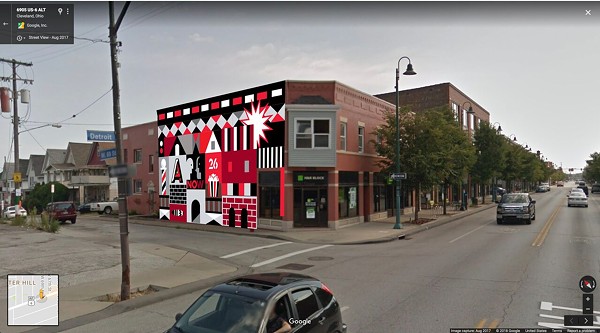 The continued beautification of Gordon Square and the Detroit Shoreway neighborhood is pressing forward with the installation of eight new murals. Started in 2017, in an effort is to infuse the neighborhood with art that is free and accessible to anyone and everyone, the project is expected to be completed by the end of May. These murals will appear along Detroit Avenue between W. 74th Street and W. 52nd Street.

The first mural (already completed) is located on the Western side of Stockyard Meats and was made by Cleveland artist Eileen Dorsey in collaboration with Chicago-based graffiti artist Ish Muhammad through a partnership with Graffiti Heart and Neighborhood Connections.

The largest mural of the series will be painted by Baltimore artist duo Jessie and Katey on the eastern wall of the Centers for Families and Children’s Reinberger Auditorium located at 5209 Detroit Ave.

This May, the six remaining murals will be completed by Cleveland artists.
Check out a few images provided by the Gordon Square Arts District below: 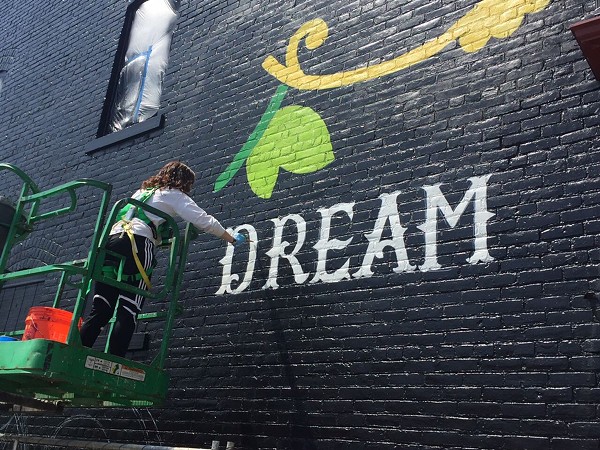 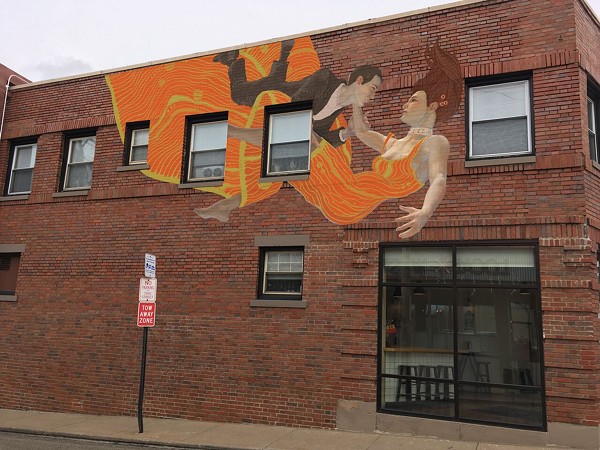