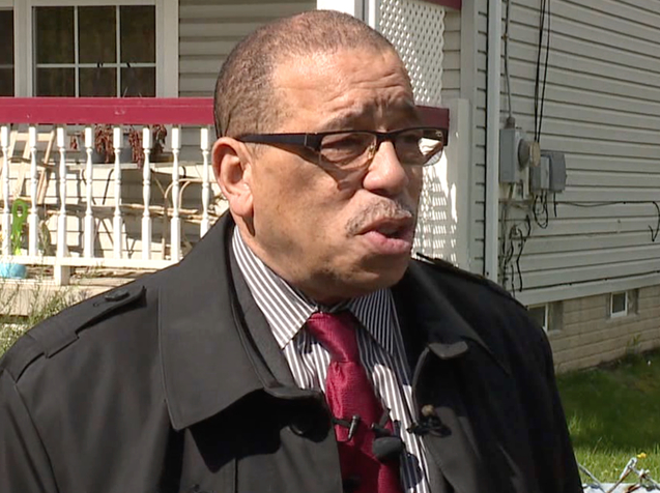 While millions of dollars have been pumped into repairing Cleveland's streets after the passage of the 2017 city income tax hike, there's plenty of work left to do and the subject remains contentious: There have been arguments contending some wards are left behind while others reap allotments for work, persistent reporting by the dogged team at Channel 5 about how the city decides which roads get fixed and why roads that desperately need attention are ignored, and questions from city council about why repairs made as recently as two or three years ago have already failed.

That falls under the auspices of Michael Cox, the Director of Public Works, and his streets commissioner Rand Scott.

"Believe me, we use all the best practices we can find," Cox reassured councilmen Basheer Jones and Kevin Conwell in February when they questioned whether the city was doing all it could to fix its streets.

Coincidentally, Cox noted, the pair were actually slated to attend a conference in a matter of weeks — the World of Asphalt expo in Houston, which began March 6.

Attend they did, but Channel 5 had some questions about the trip. Namely, why did the pair spend more than $5,000 on the trip to Houston for the World of Asphalt expo when the National Pavement Expo and Conference, which they didn't attend, happened right down the street from Cleveland City Hall at the Cleveland convention center in early February? The station pointed out that about half of the vendors at the Houston conference appeared at the Cleveland expo.

Secondary to that guiding question was the usual dive into exactly how taxpayer-friendly the travel arrangements were, including the $470 car rental (plus $136 to park the car) and $3,550 for lodging ($443.43 per night for each of the rooms). There was also registration fee and a food per diem.

These are totally legitimate queries, even if, in the grand scheme of a city with a $1.7 billion budget for 2018, $5,000 is a tiny, tiny drop in the bucket, and represent much-needed accountability reporting on City Hall by Cleveland news organizations.

They also, once again, illuminate the city's woeful communications department, a deep, impassable and intentionally built pot hole itself whose sole purpose under Frank Jackson is to obfuscate and prevent reporters from collecting anything approaching answers. When the department isn't petulantly ignoring questions and actually deigns to respond, it's typically to gleefully decline interview requests with top city officials or to pass along statements so wholly lacking in substance they could be confused for a speech by the mayor himself.

So it wasn't surprising when Channel 5 asked the city for some answers to their (very legit) questions, this is the response that they got:


We’ll decline the opportunity to interview about the conference, but feel free to use the following statement in your story:

Representatives from the Department of Public Works attended the World of Asphalt conference in Houston to gather information on emerging trends in asphalt, street and pavement maintenance, and traffic safety. We will continue to invest in the technology, training and employees necessary to help improve the quality of life of the residents of Cleveland.

If you need more information on what is provided at the conference, you can find it on their website.

There could be a reasonable explanation for bypassing the Cleveland expo for the Houston trip, or at least a passable one.

Maybe the selection of vendors in Houston more directly matched up with the needs of the public works department at this time.

Or maybe they just wanted a weeklong vacation on our dime.