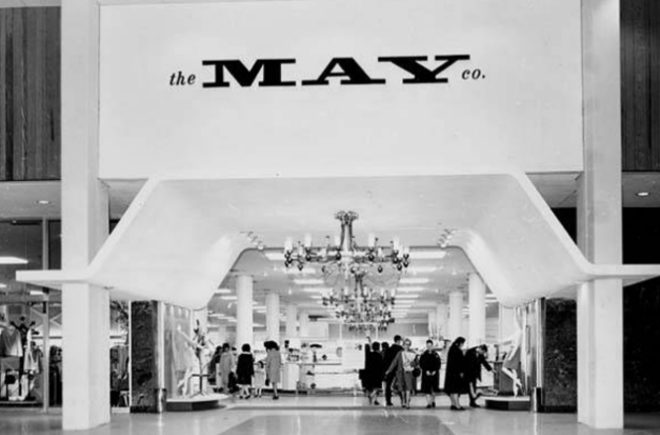 The “rental renaissance” in Cleveland is far from over, and we wouldn’t expect Dan Gilbert to not take advantage of that. Bedrock-Detroit, a real estate company co-founded by Gilbert, grabbed the May Company Building on Public Square last year for $12 million and now has plans to convert it to 308 apartments, almost 600 interior parking spaces, retail stores and rooftops for entertainment and green areas for residents’ use.

Looking at this former department store building development from the outside may bring feelings of excitement and hopes of boosting Cleveland’s economy. But looking at the larger picture, it shows how much Gilbert owns.

In Cleveland, Gilbert’s companies own a large stake of the city’s wealth. His holdings include, in addition to Jack Casino, a number of significant properties including the Ritz-Carlton Hotel, and shops and offices in the Tower City Center complex. He also owns the Cleveland Cavaliers.

Just two days ago, the Metro Times reported that $618 million of Detroit taxpayers’ money — some of which should go toward improving local schools — got approved to use toward four new Gilbert real estate projects. The Quicken Loan Arena’s renovation also caused a huge controversy last summer.

The fact that Gilbert said his 2018 New Year's resolution was, “to never give in to the urge to respond to reporters’ questions or inquiries” doesn’t make us feel any calmer, especially when Scene Editor Vince Grzegorek points out that, at this rate, Gilbert’s companies hold the futures of two major midwestern cities:


… While Gilbert has no actual responsibility to respond to reporters, his vast influence and empire, with all its commingled interplay with the public's business (here and in Detroit), beg for transparency and communication. After all, his businesses are on the receiving end of hundreds of millions of dollars of public funds…


The downtown Cleveland May Company department store, established in 1899, was at one time the third largest store in the country. It was shoppers' one stop for everything they wanted and needed: clothes, furniture, a salon, cooking demonstrations, the city's largest soda fountain, a playground area and more. The store branched out to multiple other locations, but ultimately closed its doors in 1993.

It's not necessarily a bad thing that the current boarded up windows on the huge and now less-than-gorgeous building on Public Square has an end in sight. It's what another addition to Gilbert's local real estate portfolio means that keeps us on our toes. We’ll be keeping our eyes peeled for anymore of Gilbert’s big developments that could be benefiting his companies more than our city.

This video further explains Gilbert's plans for the May Company Building.