10 Bands to See This Weekend at LaureLive 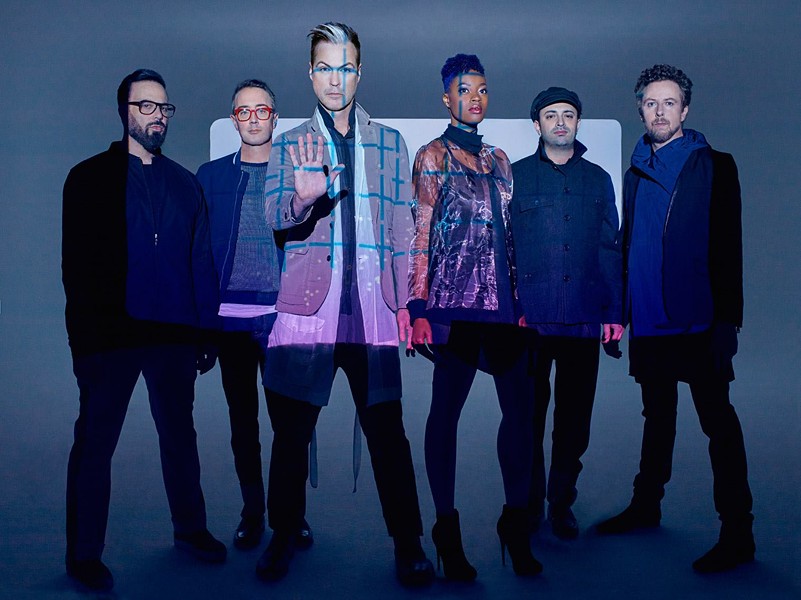 A couple of years ago, the locally based Elevation Group launched LaureLive, a two-day music festival held at Laurel School, an all-girls (K-12) independent school. Elevation Group has again organized a 2018 festival, which will take place on Laurel's Butler Campus on Saturday, June 9, and Sunday, June 10.

This year’s event will feature “the biggest lineup in the three-year history of the festival” as the artists cumulatively have over 60 million monthly listeners on Spotify and nearly 10 million likes on Facebook.

Artists such as Rag'N'Bone Man, Arizona, Lauv, Lewis Capaldi, the Aces, Morgxn, Castlecomer and Future Generations will make their debut appearances in Cleveland.

Local singer Emily Keener, a 2016 finalist on The Voice, will perform as well.

Here’s a guide to several of the bands that are worth seeing.

Singer-songwriter Brandi Carlile got a lucky break about ten years ago when Dave Matthews heard her singing on a side stage at the Gorge, the outdoor amphitheater located just outside of Seattle. Matthews hooked her up with his booking agent, and Carilile has been busy ever since. Her latest album, By the Way, I Forgive You, is another solid effort. Album opener “Everytime I Hear That Song” shows off her supple voice, and the mid-tempo rocker “Hold Out Your Hand” finds Carlile belting out the lyrics with real confidence. (Jeff Niesel)

Cold War Kids got their start in a storage room. The burgeoning band began the process of cultivating their sound by experimenting with the features of the room, stomping on plywood floors and banging on exposed pipe. Nearly 15 years later, the work done in those storage room practice sessions has become an essential part of the band’s sound. Now, with six albums under their belt, Cold War Kids have remained true to the Americana influences and the infectious energy of their earliest releases. They show off their musical range with the radio-friendly indie-rock hooks that can be found on their latest release, L.A. Divine. Tracks like “LA River,” a hazy, wavy ode to Southern California, are made for warm weather days dedicated to wandering festival grounds. (Michael Wu)

When this band came together in Los Angeles in 2008, frontman Michael Fitzpatrick had put the group together to record "Breakin' the Chains of Love," a song he had written on an old electronic organ. It sounded like a soul tune from the '60s, and the resulting full-length debut, 2010's Pickin' Up the Pieces, has a Motown-inspired sound that suddenly caught on, thanks, in part, to the fact that it sat well with the burgeoning dance/soul revival that was in full swing at the time. The band is still touring in support of its 2106 self-titled album. (Niesel)

Flint Anderson began as a relatively straightforward indie rock band anchored by singer-songwriter Jax Anderson. Following the release of the 2012 debut EP, which is inspired by the music of spaghetti Westerns, Anderson’s band mates left the group, and, with a bit of genre reconfiguration, Flint Eastwood was reborn as Anderson’s solo project. Leaning deeper into alt-pop territory, Flint Eastwood’s latest release, Broke Royalty, opens with “Queen,” a grandiose track that functions as a maximalist showcase of what makes her unique. It announces the singer’s arrival with a blasting, victorious horn section, punctuated by the unmistakable sounds of a spaghetti Western soundtrack. Think of Flint Eastwood as a cross between Lorde and Ennio Morricone. (Wu)

Founded in 2009 by Cleveland native Mark Foster, this indie rock group came out of the gates swinging with its 2011 debut, Torches. The disc, which features the infectious hit single, “Pumped Up Kicks,” would sell nearly two million albums and over nine million singles worldwide. The band even received three Grammy nominations for the album/single. Currently touring to support last year’s Sacred Hearts Club, the band will likely play some new material during its appearance at LaureLive. (Niesel)

Matisyahu dropped out of high school to pursue his musical dreams by following Phish around the country on their 1995 fall tour. It proved to be a fortuitous and influential trip for the young musician. From there, Matisyahu's career began slowly. From there, Matisyahu's career began slowly. He drew from numerous sources of inspiration, including, perhaps unlikely, his faith. Music always has been his medium of choice, and his message of self-awareness and strength has been a constant throughout his career. Early on, he took to small stages around the country and played a fascinating batch of reggae-tinged tunes like the breakout hit "King Without a Crown.” (Eric Sandy)

With his latest full-length album, last year’s White Noise, singer-songwriter Noah Gundersen set out to expand his sound and experiment. Album opener "After All (Everything All the Time)" features soft vocals and an elegant string arrangement courtesy of his sister Abby. He recorded the album at the Ballard Baitshop in Seattle, a place that used to be a sail warehouse in the ’40s. He spent about eight months there and then finished the album at other studios around Seattle. One of the album’s many highlights, “Number One Hit of the Summer (Fade Out)” benefits from soft-to-loud guitars and pounding drums. On it, Gundersen ominously sings, "Deer in the headlights, frozen in the street/Head above the water, still swimmin’ up stream." A music industry party he attended became the subject of the Radiohead-like “Cocaine, Sex & Alcohol (From a Basement in Los Angeles),” and "Fear & Loathing," another album highlight, has a classic folk vibe to it. Expect to hear these songs and more at LaureLive. (Niesel)

Morgxn makes music for the middle of the night. The Nashville native’s sound is part rock and part pop infused with an electronic flair. It’s the soundtrack for a bombastic, fluorescent dead of the night drive through an abandoned city. Morgxn pairs this sonic landscape with the kind of confessional, laying-it-all-out songwriting style that only finds its way to the surface when a writer is feeling brave hours after the sun has gone down. His new album, Vital, includes some of Morgxn’s previously released hits, running the gamut of genres that influence the singer, from the stomping, guitar-driven “Home” to the synth heavy, serpentine “xx.” (Wu)

Columbus-based Red Wanting Blue regularly plays to large crowds in Northeast Ohio. The band fulfilled its three-album deal with Fanatic Records back in 2014 — assembling a mighty trio of rock 'n’ roll — and now they’re packing up the car and hitting the indie circuit again. The past soul-searching year brought excellent results, from the sound of it. RWB has been a band of best friends for years, but the all-in creative exploration that went into their new album, The Wanting, seems to have redefined what they’re doing here in the first place. (Sandy)

Troy Andrews, who goes by the stage name Trombone Shorty, is no stranger to the festival circuit. We caught his act a couple of years ago at Lollapalooza where he put on a rousing performance and captivated a crowd of thousands. Andrews, who was born in New Orleans and grew up in Treme, a historic neighborhood, draws from jazz, hip-hop and rock. Last year's Parking Lot Symphony shows off his musical range as it commences with the elegant jazz number "Laveau Dirge No 1" and then veers into R&B territory with "It Ain't No Use" and the tender "No Good Time." (Niesel)