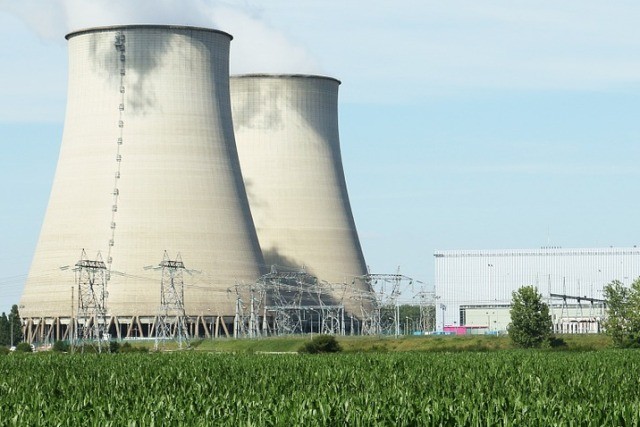 COLUMBUS, Ohio - Environmental groups in Ohio say a proposed plan to bail out failing coal and nuclear plants is a raw deal for consumers.

The White House is considering an order that would force grid operators to purchase electric power from struggling coal and nuclear plants. Neil Waggoner, Ohio Beyond Coal Campaign representative for the Sierra Club, contended that such a bailout would be expensive and is unnecessary. He said grid operators, industry experts, utilities and consumer advocates - including the Ohio Public Utilities Commission - have said many times that there is no energy shortage and no reliability concerns if economically challenged plants retire.

"This is Trump clearly trying to do anything he can to help his millionaire coal and nuclear executive buddies by trying to demand Americans and Ohioans pay more every month to prop up these uneconomic coal and nuclear plants," he said. "That's not right, it's not good policy and it just doesn't make any sense."

It's estimated that a bailout of failing coal and nuclear plants could cost consumers somewhere between $311 million and nearly $12 billion annually. A draft policy memo from the Department of Energy stated that the proposal is needed to help safeguard the energy grid amid national security and defense concerns.

Waggoner added that in a modern energy market - where solar, wind and energy efficiency are cheaper - coal and nuclear power plants strapped with high operating costs are becoming obsolete.

"Right now, investment dollars are going into energy-efficiency programs and into new clean energy," he said. "That's where businesses want to go. That's where the public wants to go. They don't want to be spending more to bail out plants that have been paid for over and over and over again for decades."

The plan would use the Federal Power Act and the Cold War-Era Defense Production Act, a wartime law that essentially allows the president to secure scarce resources for national defense. However, Waggoner and other opponents have argued there's no evidence of an energy emergency. He also noted that federal regulators earlier this year said any threats to the grid from extreme weather events provide no basis to subsidize noncompetitive coal and nuclear plants.

Cost data is online at energyinnovation.org.