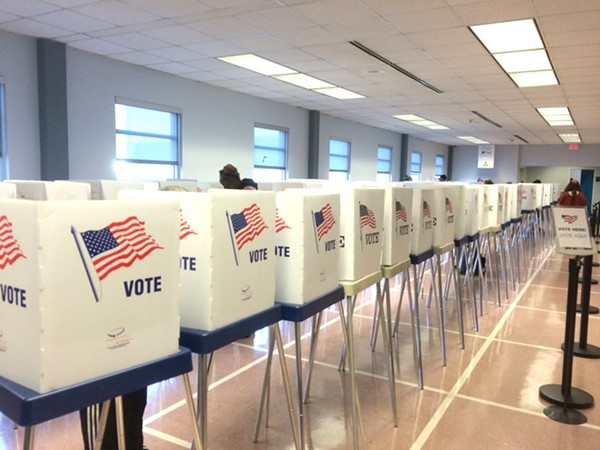 The Supreme Court ruled today in a 5-4 decision that Ohio did not previously violate federal laws by purging voters who don't vote and fail to return notices confirming their residency. The court's five conservative justices voted in the majority, with the court's four liberals dissenting.

According to the ruling, the practice, known as the “supplemental process,” does not violate the National Voter Registration Act, which barred states from removing the names of people from the voter rolls for failing to vote.

Under the supplemental process, voters who have not voted in two years are flagged and sent an address confirmation notice. Voters who then fail to respond to the notice and vote within the next two years are removed from the rolls.

Citizens who had voted for Barack Obama in 2008 and then went to vote again in 2015 discovered they were no longer registered. They then sued the state of Ohio. Traditionally a swing state in national elections, Ohio has reportedly removed thousands of people who haven't voted consistently and have not replied to warning notices.

Ohio was criticized by civil rights groups and the American Civil Liberties Union (ACLU) for having the strictest method of purging voters in the nation. Given the demographics of people that miss elections, this is a decision that likely will help Republicans and harm Democrats.

According to USA Today, Republicans tend to benefit from lower voter turnout and Democrats do best in high-turnout elections. That's because minorities, young people and those with lower incomes are more likely to be disenfranchised by the state's policy.

Many view this decision as an act of voter suppression, an attempt to lower the numbers of registered democrats in favor of republican voters. According to a Reuters analysis, Ohio’s purge program disproportionately affects voters of color, particularly black voters.

Georgia, Oklahoma, Pennsylvania, Tennessee and West Virginia will also be impacted by this decision, as they use a failure to vote as a trigger to purge their registration rolls.