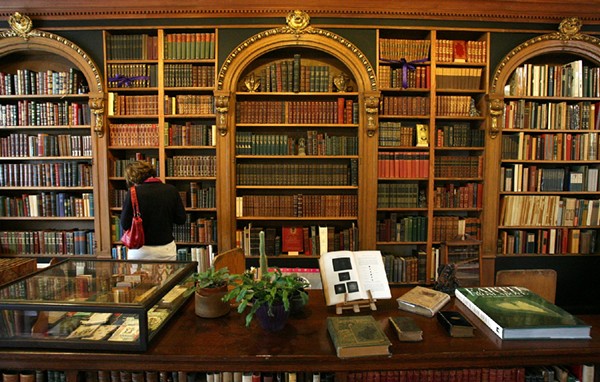 Summer means having a little more time to dig into a good book. So we talked to a handful of Cleveland area bookstores about which works of fiction and non-fiction are worthy of your summer reading list.

Jesse Ball's Census is a lyrical, deeply-felt father-son story about a widower and his adult son with Down Syndrome traveling the country as census workers.

The Secrets Between Us by local Cleveland author Thrity Umrigar is a sequel to Umrigar's celebrated The Space Between Us.

Neapolitan Chronicles by Anna Maria Ortese is a must-read for fans of
Elena Ferrante's Neapolitan Novels. Written in the years after WWII, and a source that Ferrante cites as a foundational inspiration for her novels, this is a portrait of Naples like none other, just published in English for the first time.

American by Day by Derek Miller is a funny, smart crime novel from the author of the celebrated Norwegian by Night.

Ohio by Stephen Markley is a gritty, atmospheric novel, all set one muggy Northeast Ohio night in 2013.

Rising: Dispatches from the New American Shore by Elizabeth A. Rush is a work of lyrical reportage that visits American areas that will potentially be devastated by the threat of rising sea levels.

Hip-Hop Activism in the Obama Era by Bakari Kitwana is a collection of interviews with activists and political organizers at the forefront of increasing youth involvement in electoral politics.

Democratizing Cleveland by Randy Cunningham is the result of almost 15 years of research on a topic that has been missing from local works on Cleveland history: the community organizing movement that put neighborhood concerns and neighborhood voices front and center in the setting of public policies in the late 1970s and early 1980s.

Hope Never Dies: An Obama Biden Mystery by Andrew Shaffer is a work of that's part noir-thriller, part bromance novel, and all fun.

David Sedaris's Calypso is a highly anticipated new collection of stories from the author known for his sardonic wit, dark humor and keen observations of American life, told through personal experiences.

Fight No More: Stories by Lydia Millet is a collection of stories where the author is pioneering a new kind of satire - compassionate toward its victims and hilariously brutal in its depiction of modern American life.

Kisha Nicole Foster's Bloodwork is a book of poetry from a local poet who  finds strength working through the sorrows of her relationship with her father after his passing.

Hillary Plum's Strawberry Fields is a novel from another local Cleveland author and is about the storied figure of the journalist, who despairs of accountability yet must accept its disorienting weight.

How to Change Your Mind: The New Science of Psychedelics is a brilliant and brave investigation by Michael Pollan, author of five New York Times best sellers, into the medical and scientific revolution taking place around psychedelic drugs—and the spellbinding story of his own life-changing psychedelic experiences

Steve Coll, author of the Pullitzer Prize-winning Ghost Wars is back with Directorate S: The C.I.A. and America's Secret Wars in Afghanistan and Pakistan. The book tells a powerful, bitter story of just how badly foreign policy decisions can go wrong and of many lives lost.

The Female Persuasion by Meg Wolitzer is a novel about a shy college freshman looking to make her place in the world who ends up working for and being mentored by a leader of the feminist movement of the 1960s.

From Clevelander Nico Walker, the novel Cherry is about a medic who turns home from Iraq with PTSD and finds heroin as his escape. This is Jesus’ Son meets Reservoir Dogs in a breakneck-paced debut novel about love, war, bank robberies, and heroin.

I'll Be Gone in the Dark by Michelle McNamara is about the author's obsessive search for a serial rapist and murderer known as The Golden State Killer who terrorized California in the 1970s and 80s.

Christine Mangan's debut novel Tangerine is a mystery in the vein of Patricia Highsmith and The Talented Mr. Ripley. Set in 1950s Tangier, the protagonist goes missing and the journey to find her will leave you breathless.

Michael Ondaatje's Warlight is about two children in WWII who come to grips (or not) with their mother being a spy.

Young Jane Young by Gabrielle Kevin is a novel in the vein of the Monica Lewinsky/Bill Clinton scandal, and a story about owning your mistake, and finally finding a place to belong.

Summer Hours at the Robbers Library by Sue Halpern is about relationships, community spirit and life reinvention for three library "regulars."

The Feather Thief by Kirk Wallace Johnson is a superlative natural history heist from 2009 with a young thief and his relentless pursuer.

Cleveland native Paula McLain is back with Love and Ruin, another lush historical novel based on the life of Hemingway's third wife, the celebrated journalist Martha Gellhorn.

The Great Alone by Kristin Hannah is about a former prisoner of war who comes home from the Vietnam war a changed and volatile man. When he loses yet another job, he makes an impulsive decision: he will move his family north, to Alaska, where they will live off the grid in America’s last true frontier.

Fredrik Backman, author of the bestselling novels A Man Called Ove and Beartown is back again with a novel Us Against You, a sequel to Beartown, about a hockey obsessed town in Sweden and the secrets, tribalism and loyalty that results from that obsession.

Pullitzer Prize-winning author Anne Tyler is back with a new novel Clock Dance, about one woman's transformative journey through America from the 1960s to present day.

There There is a debut novel from author Tommy Orange. It's a multigenerational American epic about violence and recovery, memory and identity and the struggles of the Native American community.

Jamel Brinkley's A Lucky Man is a book of short stories where fathers and sons attempt to salvage relationships with friends and family members and confront mistakes made in the past.

The Largesse of the Sea Maiden is the long-awaited new story collection from National Book Award winner Denis Johnson, who passed away in 2017.

Nafissa Thompson-Spires' Heads of the Colored People is a collection of moving, timely and darkly funny stories that examine the concept of black identity in this so-called post-racial era.

Rachel Cusk finishes the Outline trilogy with Kudos, the third novel in a collection of beautifully written, sparse explorations of the nature of family and art, justice and love, and the ultimate value of suffering. The previous novels in the series were Outline and Transit.