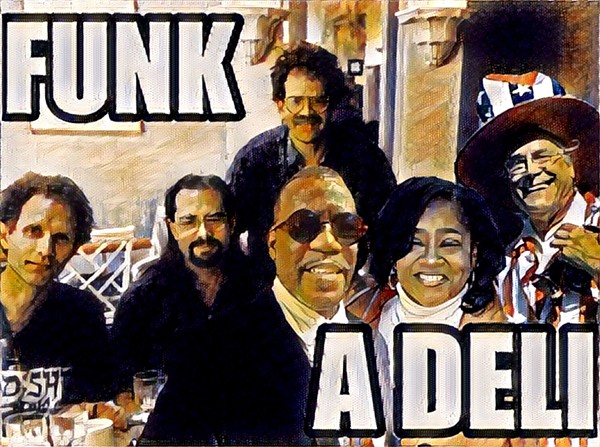 Earlier this year, Yiddishe Cup, a Cleveland Heights-based klezmer band that's been around for as long as we can remember, changed its name to Funk a Deli and decided to broaden its musical palate.

“I decided to change the band's name because, after 30 years, I got a little tired of playing the same tunes,” said band leader Bert Stratton at the time.

The newly christened group, which plays a mix of Klezmer and Motown, will play its first Workman’s Circle gig as Funk a Deli when it performs at 7 p.m. on Sunday, June 24, at Cain Park. It’s a free show.

“We'll play everything from ‘Midnight Train to Georgia’ to ‘Romania, Romania,’ says Stratton in an email abou the upcoming show. “[We’ll play] klezmer and soul, and [there will be] special guest artists.”

The show’s emcee will be Canadian humorist Michael Wex, author of Born to Kvetch and a popular guest on Terry Gross' Fresh Air. Marimba-player Greg Selker, founder of the late great Cleveland Klezmorim, will perform as well as will violinist Steven Greenman and cantor Kathy Wolfe Sebo from the Temple-Tifereth Israel. Shawn Fink, the singing Jewish radio DJ famous for his oy-robics (jumping jacks), will be on hand too.