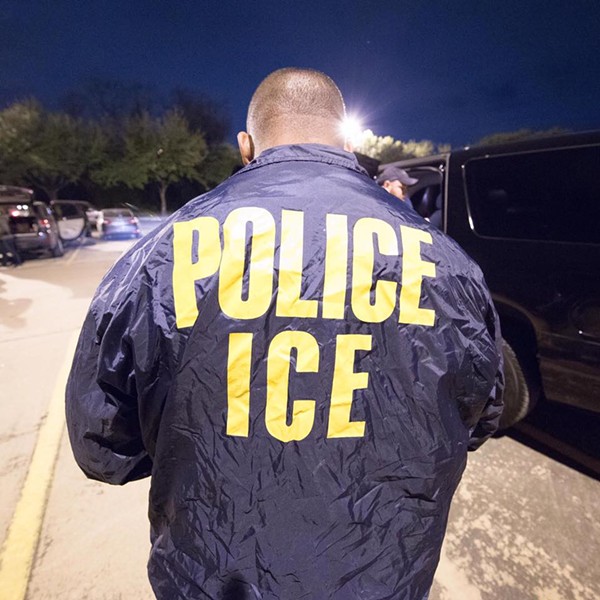 Late Tuesday afternoon, ICE agents descended upon a Northeast-Ohio based meat supplier and arrested 146 undocumented immigrants, making it the single largest worksite raid in a decade. It is certainly the largest such raid under President Donald Trump.

The arrested workers are thought to be primarily from Guatemala. They are suspected of using stolen American identities to gain employment.

In an ICE news release, the agency said it executed search warrants at the four locations of the Fresh Mark meat company, based in Massilon. The arrests were made at the company's Salem location, but raids were conducted at two locations in Massilon and one in Canton as well. As in ICE's Sandusky raid earlier this month, where nearly 120 immigrant workers were arrested at garden centers in Sandusky, roughly 100 agents were involved in this action. They arrived with no prior notice to Fresh Mark.

Cleveland.com reported that the arrested workers were bused from Fresh Mark to the local ICE facility in Brooklyn Heights for processing. Via ICE, some will be held at detention facilities in Michigan and Ohio. Others will be deported immediately.

ICE reported that several individuals were processed and released from custody the same day, "as a result of humanitarian considerations." (For comparison: In the Sandusky raids, 106 were detained and 13 were released.)  The agency said that it expects the total number of arrests to climb even higher by the time the investigation concludes.

Fresh Mark is a family-owned company with more than 1,000 employees, via its website. It provides bacon, sausage, hot dogs and lunch meats to grocery stores, delis and stadiums across the country.