Mystery of Identity of Ohio Man Who Hid Behind Fake Name for Years Solved, Mystery of Why Remains 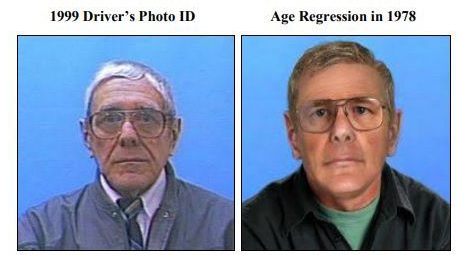 In a press conference this afternoon the U.S. Marshals announced they and others had, through genetic genealogy, solved the mystery of the true identity of Joseph Newton Chandler III, an Eastlake man who hid behind the social security number and name of a deceased 8-year-old boy from 1978 to the time he took his own life in 2002.

His real name is Robert Ivan Nichols, we know now. But authorities still don't know why he left his family and lived under an assumed identity.

At the time of his death, he left $82,000 in a bank account and no next of kin. What appeared at first to be a routine case quickly became more as investigators for probate court searching for a next of kin discovered Chandler's social security number belonged to a Joseph Newton Chandler, an 8-year-old Texas boy who died in a car accident in 1945.

With dead ends at every turn, Chandler's story became the subject of speculation — could he have been the Zodiac Killer? — and media coverage.

What officials knew was that he came to Cleveland around 1978 at the age of 41 after working out west, where he got his fake social security number in South Dakota. Coworkers at the companies where he worked as draftsman described him as an eccentric loner.

In 2014, the Eastlake police department asked the U.S. Marshals to take over the case. They discovered that he had been hospitalized in 2000 and that a tissue sample had been taken during a medical procedure.

That DNA was sent to the Cuyahoga County Medical Examiner for testing against nationwide databases. There were no comparisons of value. It was then sent in 2016 to Drs. Colleen Fitzpatrick and Margaret Press of the DNA Doe Project and Identifiers International. They began working, much like officials who investigated the Golden State Killer, on searching public genealogy databases to find matches for Y-DNA that all male family members share. That gave them the first real lead: that his real last name was either Nichols or Nicholas.

What came next wasn't a short or easy process, though it was impressive, and you should watch them explain it in video from today's press conference.

Eventually, early this year, they were led to a man who they believed to be Chandler's son, who actually lived in Ohio. His DNA provided a definitive match. Philip Nichols told them he lost contact with his dad in 1965. His last interaction came in the form of an envelope postmarked from Napa, California, that contained nothing but a single penny.

Officials then learned that Robert Ivan Nichols was a Navy vet who fought in World War II and was awarded a Purple Heart after suffering injuries in a Japanese bombing in 1945. The year before that he left his wife and three sons in New Albany, Indiana, telling his spouse, "In due time, you'll know why.''

The Marshals tracked what they could about his whereabouts from there, finding that he resided in Dearborn, Michigan in 1964 and then settled in the San Francisco area in 1965. That same year he was reported missing by his parents and numerous attempts by authorities in California and Indiana to find him were unsuccessful.

That's it, for now. One mystery solved, one left to go.

"Typically, when people are hiding, when people are scared, it's typically fugitives on the run," U.S. Marshal Peter Elliot said today at the press conference. "There's a reason he went missing and assumed the name of a deceased 8-year-old boy in 1978 and hid for so many years. There's a reason he never again contacted his family. Robert Ivan Nichols never wanted to be found throughout his lifetime and into his death, and someone out there may hold the key as to why."

As for the possibility that Nichols was the Zodiac Killer, Elliot said he couldn't rule it out — Nichols was in California during the time of the killings — but that more work needs to be done on that front. He's also constantly talking to law enforcement across the country to determine if Nichols could be the suspect behind unsolved crimes.

The Marshals continue to work with various agencies to find more about Nichols' life between 1965 and 1978 and are asking anyone with information to get in touch at 216-522-4482.