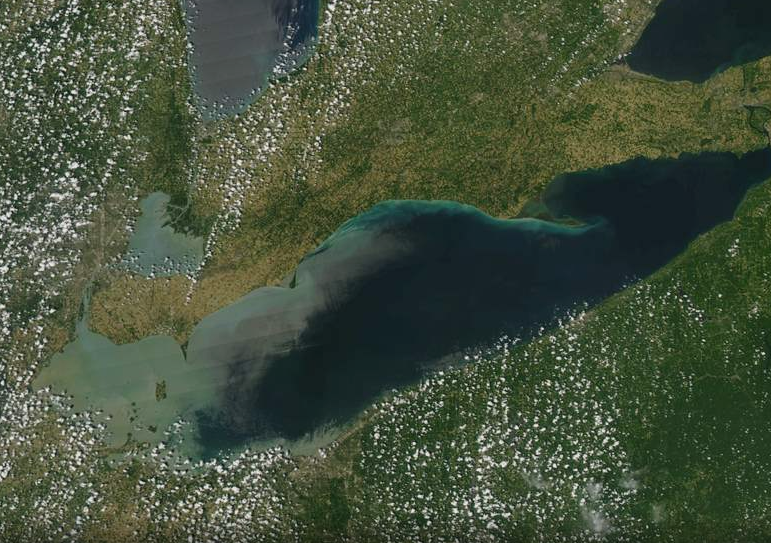 Mini algae blooms are a regular occurrence in the western basin of Lake Erie. They pop up early in the season and usually dissipate before the main bloom forms and hangs around until October.

Those mini blooms have already been picked up on satellite imagery this year, and they've formed earlier in the season than usual. The boiling-hot temps covering northwest and northeast Ohio have a lot to do with that: lake temperatures recorded near Put-in-Bay on Monday registered at 79.7 degrees, or bathwater temperature. That's an uncommonly high temp for this time of year, and above the 75-degree mark at which algae thrives.

“This could be the start of the real bloom,” Justin Chaffin, research director for the Ohio Sea Grant and Ohio State University Stone Laboratory, told the Toledo Blade. “Sometimes, those [mini-blooms] pop up, but they're never this dense.”

Tom Bridgeman, an algae researcher at the University of Toledo algae researcher, concurred, telling the paper: “We often see a mini-bloom first. But what we're seeing now is more than I've ever seen in June. It's persisted for at least two weeks and it's getting bigger. This year could be different.”

Which is not good.