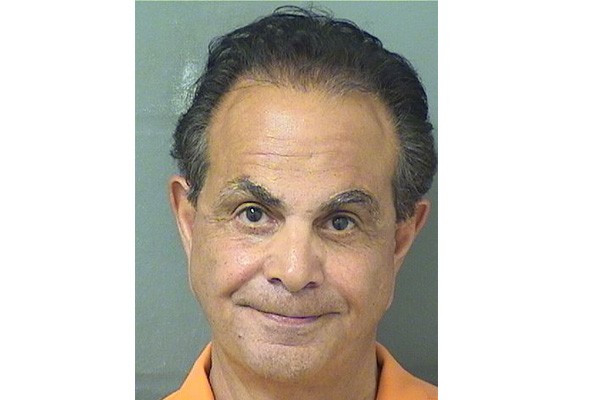 Migliorini's victim described him as "her lover," and Migliorini told police he lived with her and was in a long-term relationship with her.

On April 27th, Migliorini was accused of grabbing the victim's hair and yanking her back before spinning her around and open hand slapping her across the face while screaming derogatory expletives at her outside of the Seasons 52 entrance, according to Palm Beach Gardens police.

According to the police report, the victim was finishing up a business meeting and when she informed Migliorini that the meeting had not finished, he berated and beat her in the presence of a witness, guests and employees. Once he was informed the police had been called, he fled the scene before reportedly running into PGA Marina, where he was then arrested by police.

First reported by Cleveland 19 as a "lovers' quarrel," this instance of domestic violence should be treated seriously. Cleveland.com reports Migliorini will not be prosecuted if he completes a pretrial diversion program.

He was ordered on June 22 to complete 12 hours of anger management courses, have no contact with the victim and not have any firearms or weapons, according to court officials and records.

Miglioni and his lawyer, Bert Winkler, both declined to comment.